Already our fourth vegan Thanksgiving together! 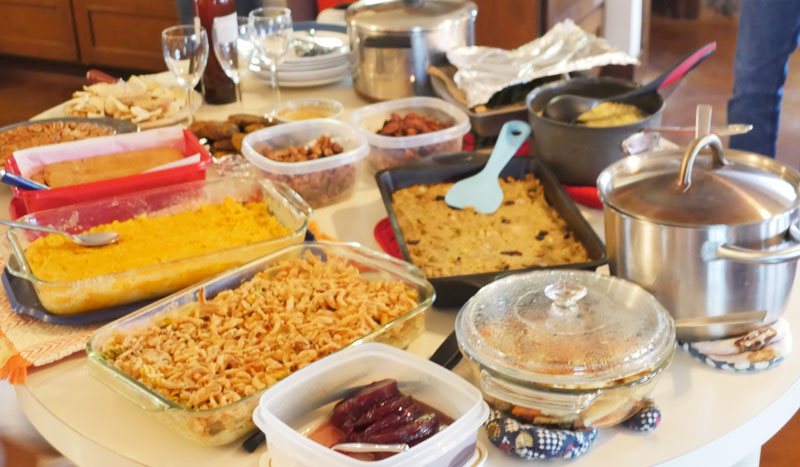 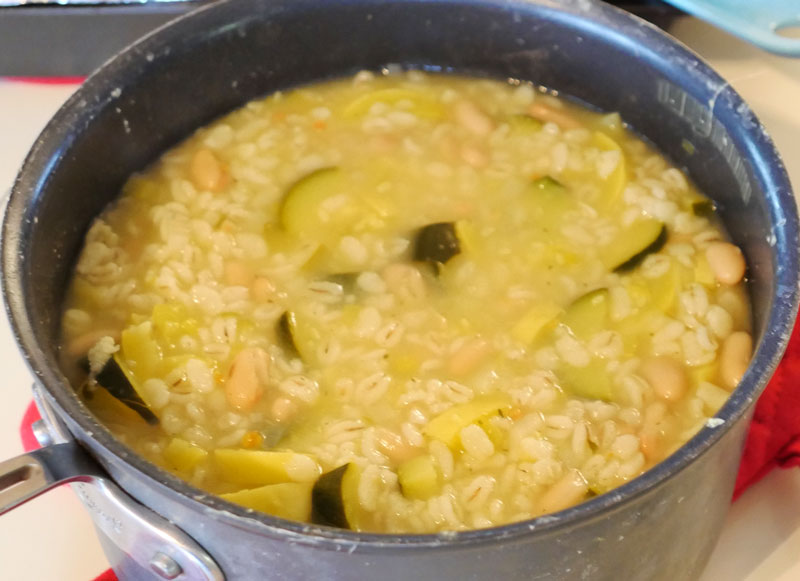 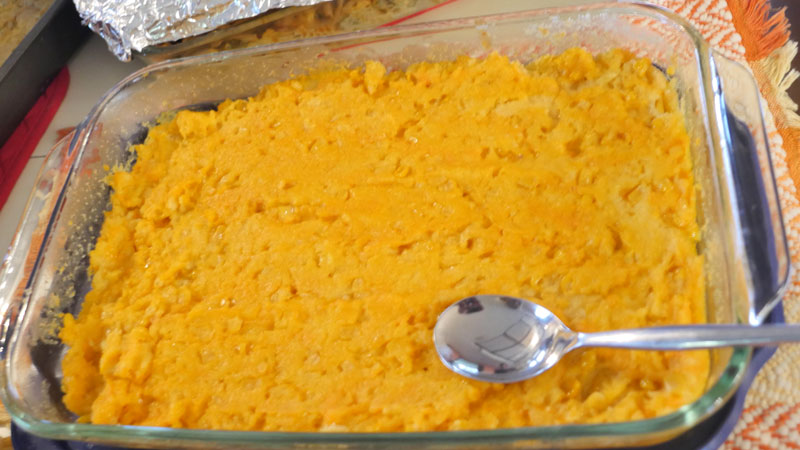 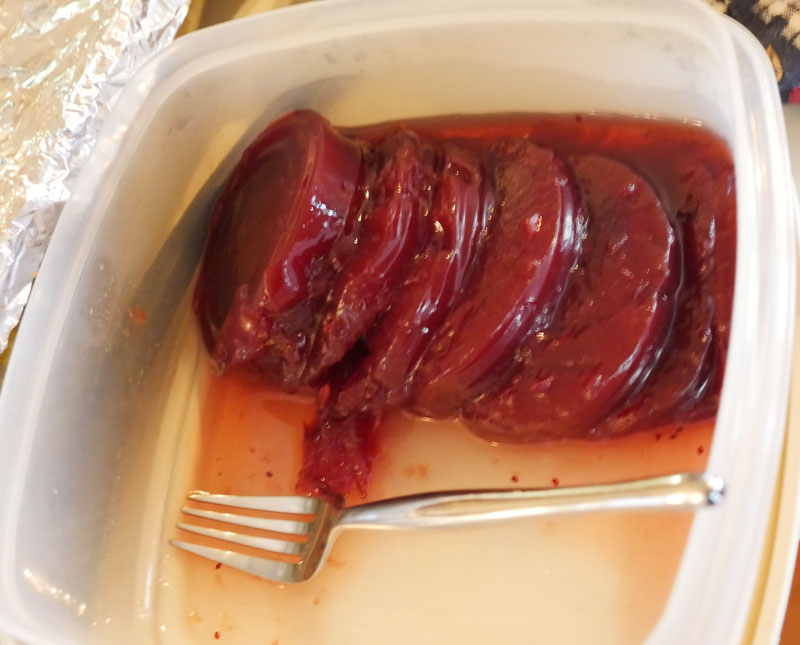 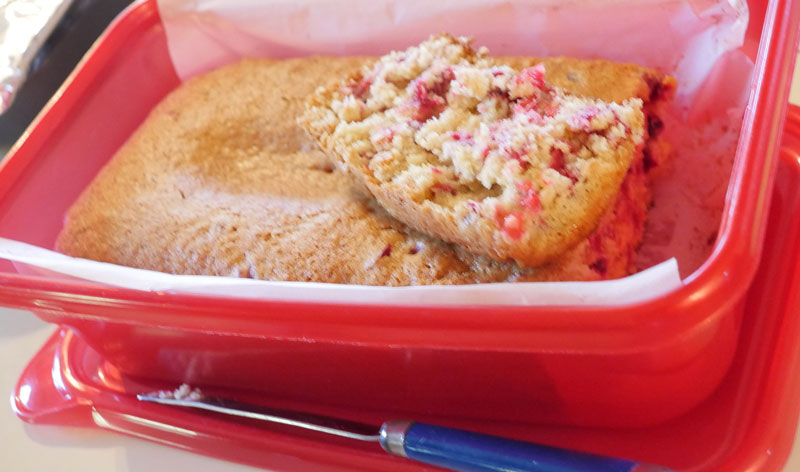 For the casserole, see Ramon.

Slynn and Ramon designed this pasta-filled green bean casserole together. The casserole idea was Ramon’s, plus he did the shopping. Slynn carried out most of the implementation. The dish consisted of a cashew sauce, cooked spiral pasta, green beans, and mushrooms, all topped with fried onions and baked. 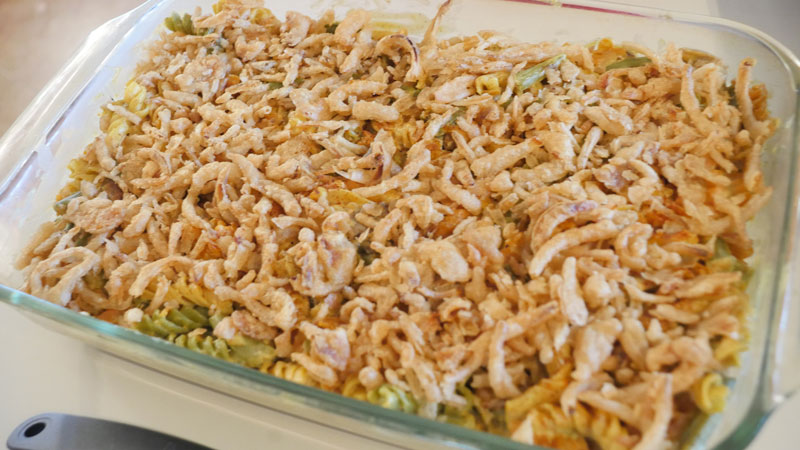 Tara’s treats came to be by creating a paste of nutmeg, cinnamon, sugar, and clove mixed with a little water. She tossed walnuts and pecans around in the paste, before baking them for an hour to make a candy coated nut. 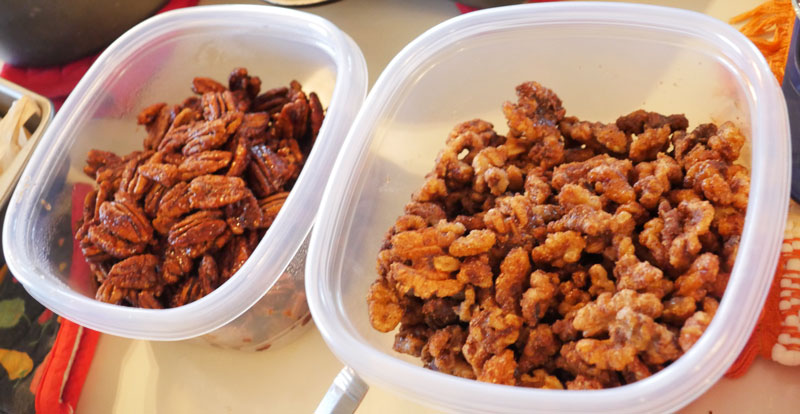 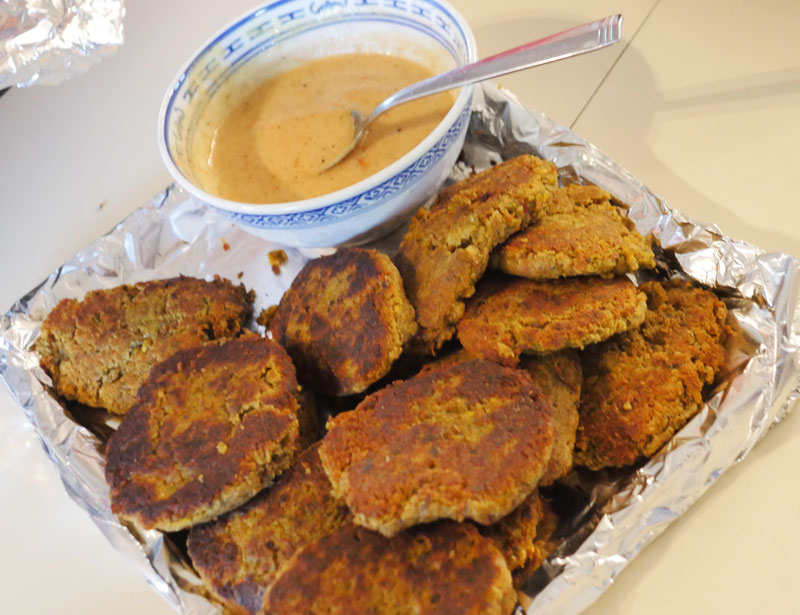 Because Thanksgiving isn’t Thanksgiving without corn bread dressing, Lauren made a gluten-free version of the Quick and Easy Vegan Comfort Food corn bread recipe to serve as the base of a dressing including onion, celery, and dried cranberries. 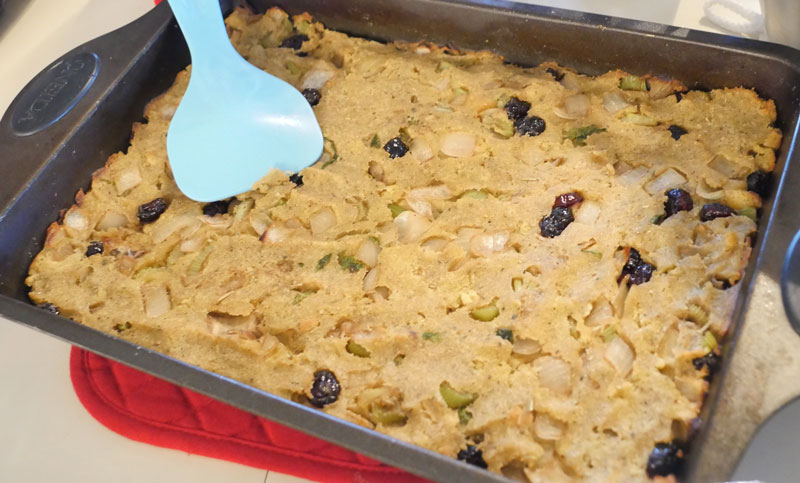 For dessert, Lauren made the pumpkin pie from 100 Best Vegan Baking Recipes–sort of. She used different spices, perhaps overly clove-heavy, because she didn’t find pumpkin pie spice in her house. She may have used too much pumpkin because she wasn’t using canned. Also, she made a weird tasting gluten-free crust. 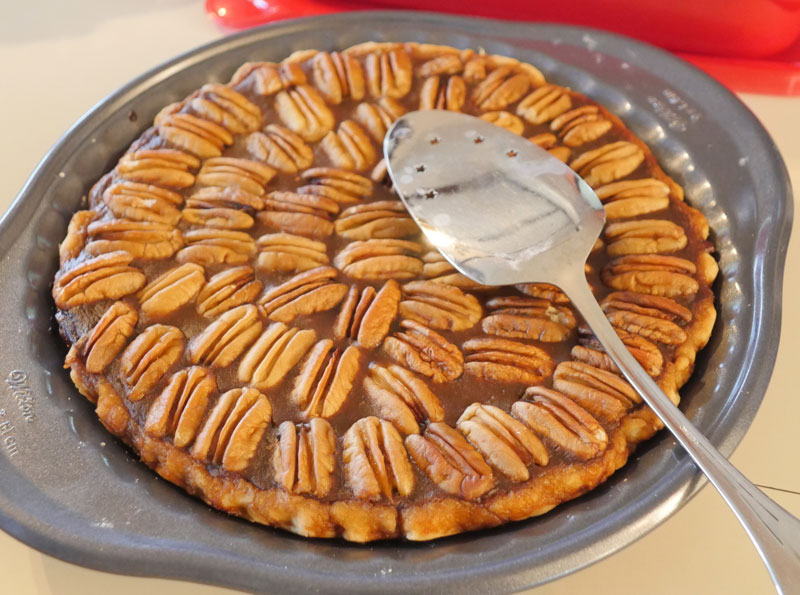 John made mashed potatoes from his mom’s recipe. He also prepared Isa Chandra’s savory mushroom gravy, but without the white wine because he didn’t have any. 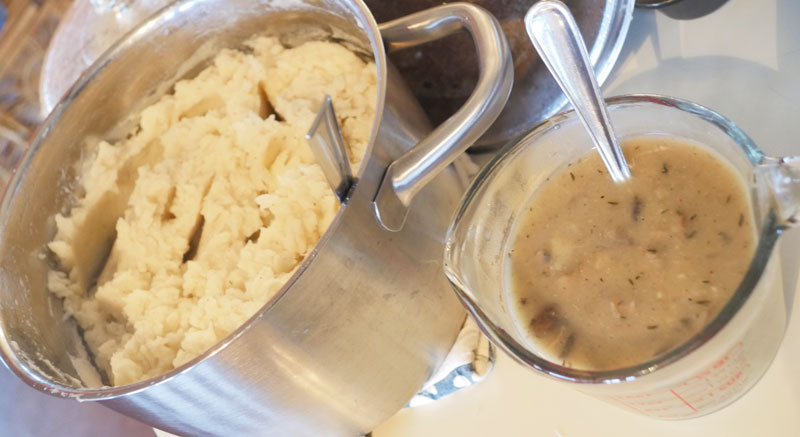 John also cooked parsnips and carrots seasoned with oil, sage, rosemary, pepper, and salt. He roasted these roots in the oven at 425° for thirty minutes and let them sit another thirty minutes in their covered dish steaming. He said they could just be roasted for forty minutes. 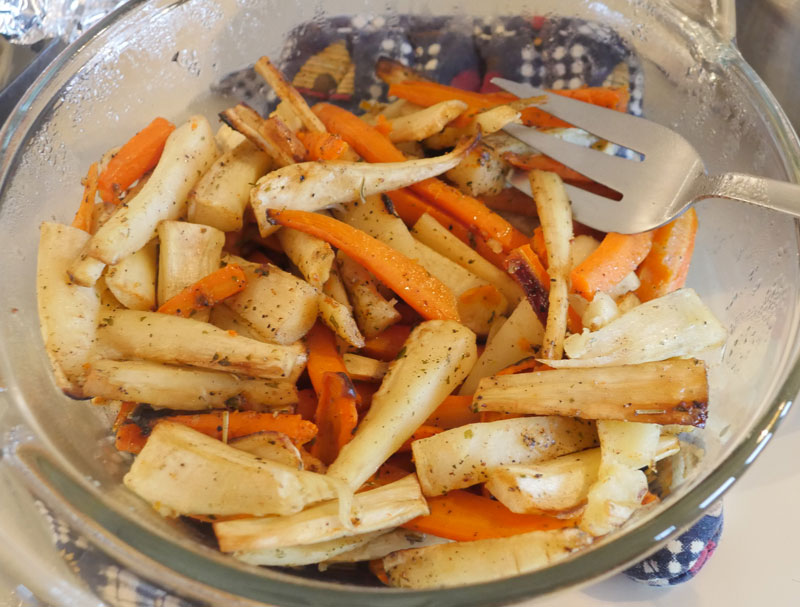 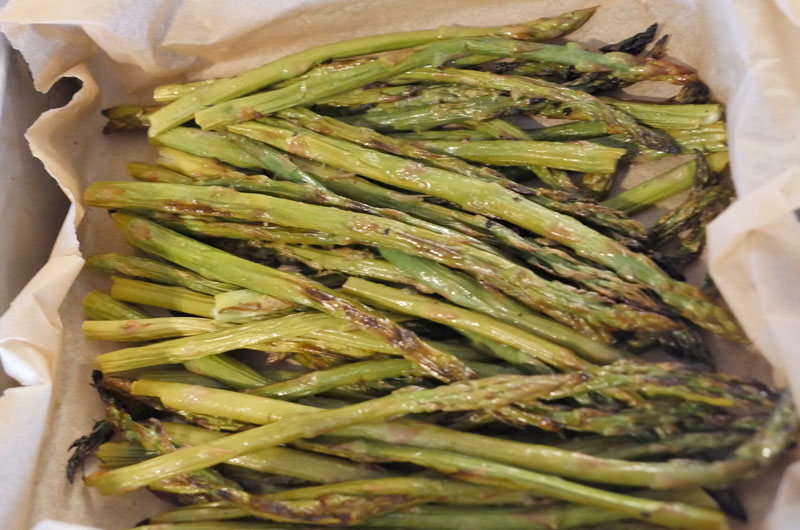 For his mashed potatoes, Drew boiled onions, garlic, and rosemary with red potatoes. He mashed potato skin and all with vegan butter, almond milk, salt, and pepper. A picture of Drew’s potatoes is missing, so please enjoy a picture of us eating food. 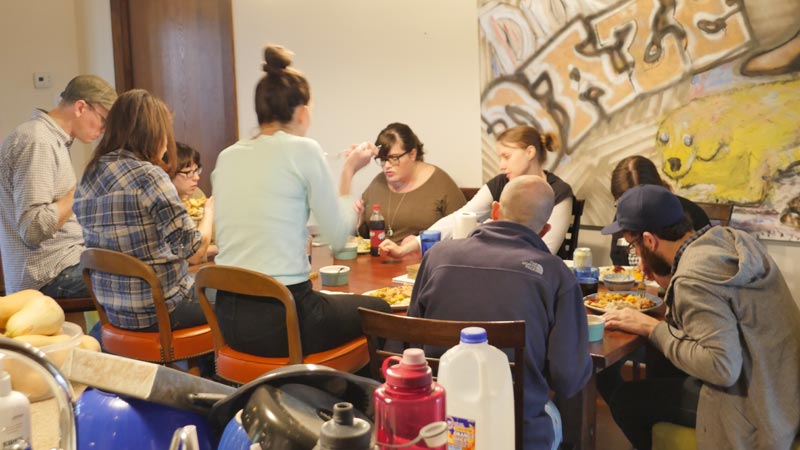 Billy served his homemade wild mustang grape wine, months in the making, with some of his homemade almond cheese. 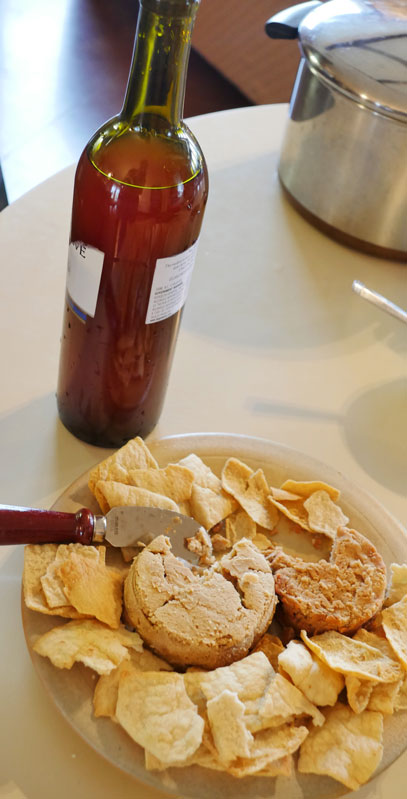 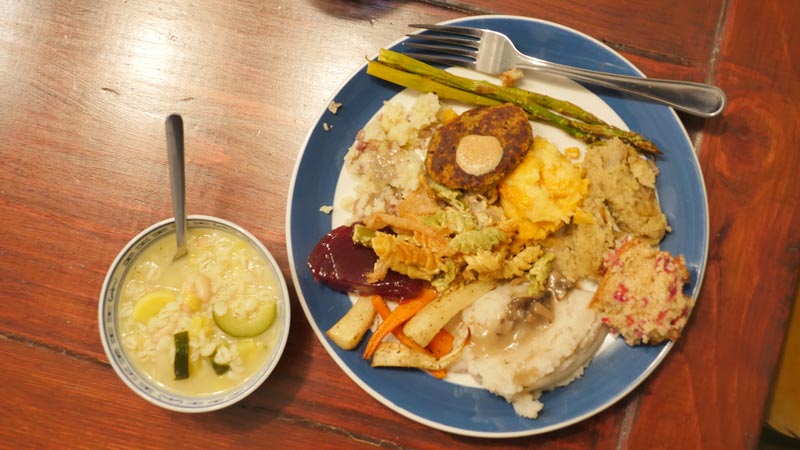