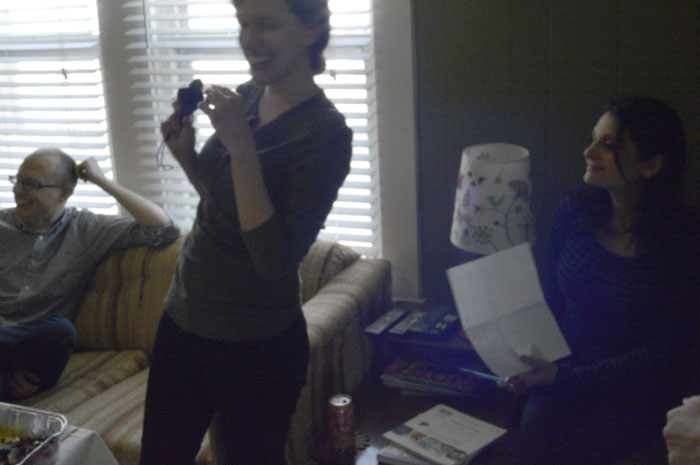 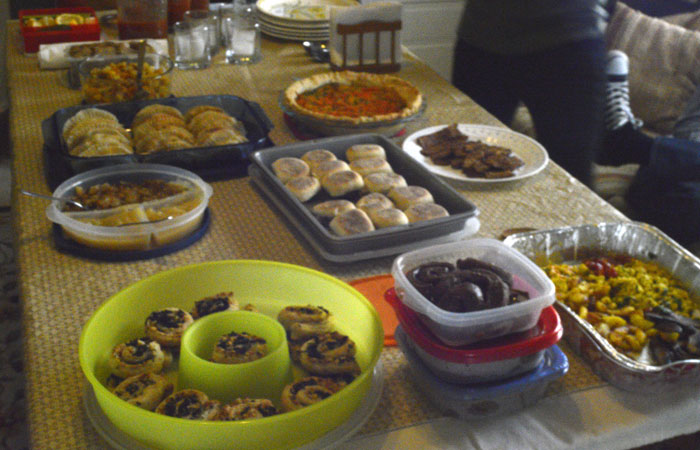 Homemade vegan maple sausage, cooked pear, and Billy’s cashew cream cheese served on a veganized version of this English muffin recipe. The muffins were made with canola oil and almond milk and cooked on the griddle. 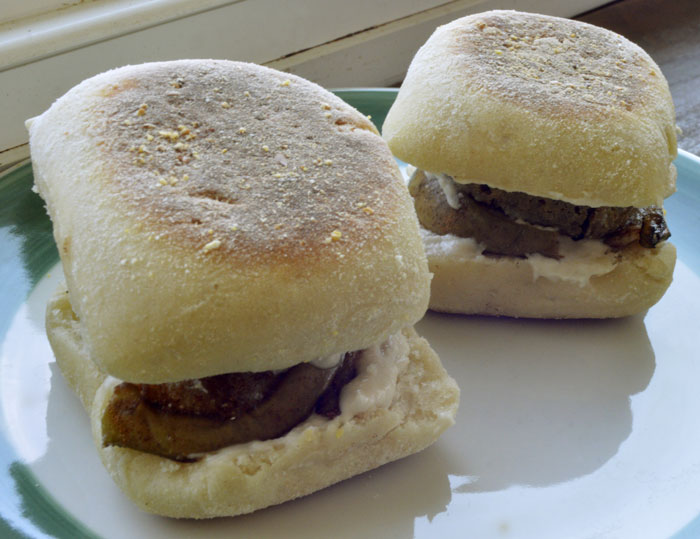 Slynn made this tempeh bacon. She put some of it into a tofu quiche that also contained spinach, broccoli, mushrooms, and cheddar style Follow Your Heart non-cheese. 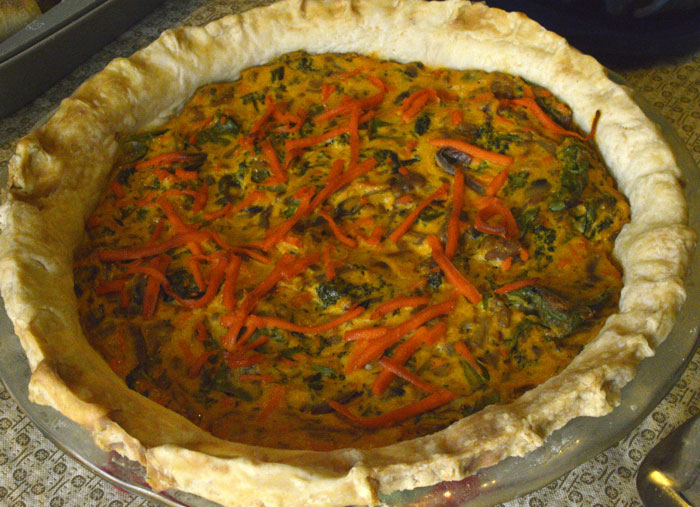 Billy derived this recipe from the orange rolls he made for a previous meeting. 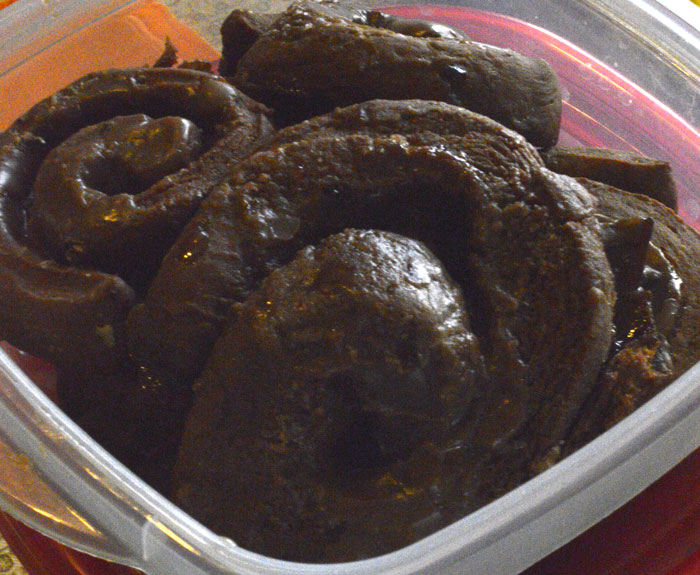 Kristin made potato pierogis and mushroom sauerkraut pierogis from the Vegan Brunch cookbook. She served them with caramelized onions and apple sauce. 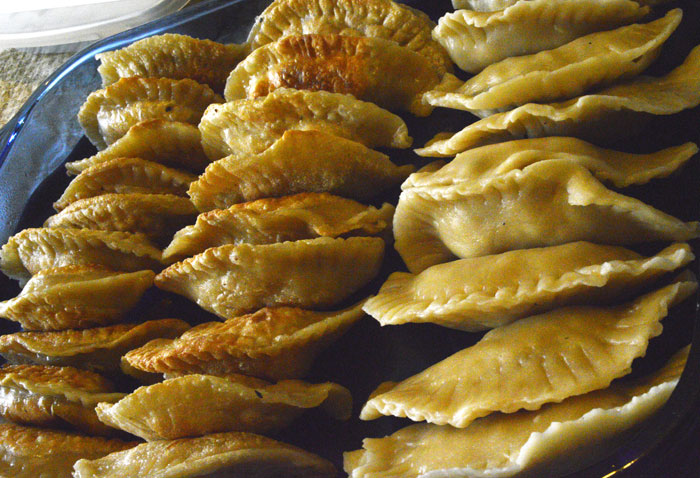 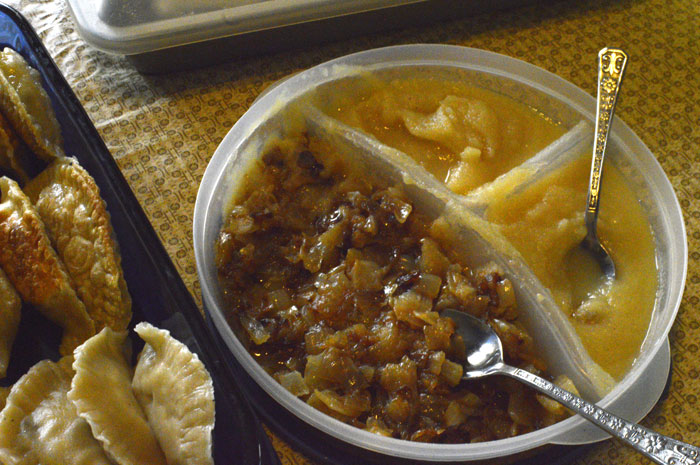 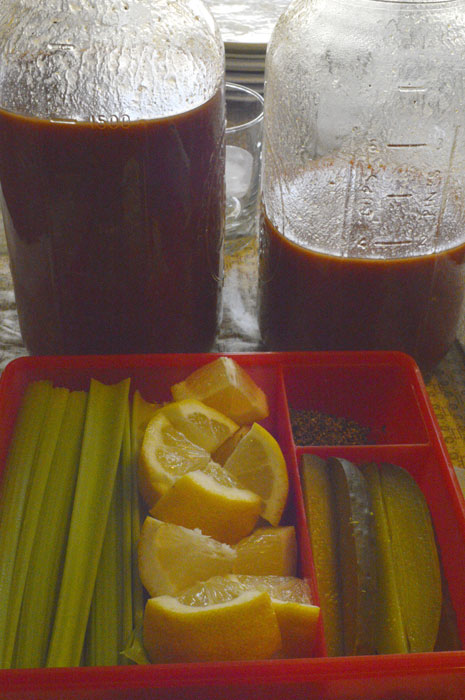 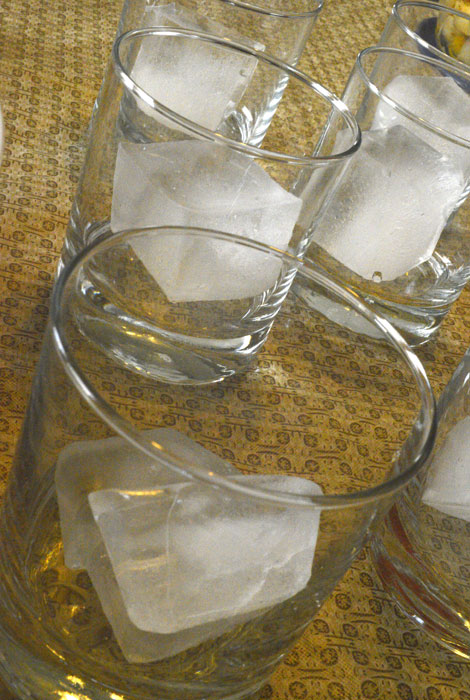 Lilly: Scramble Your Own Tofu Scramble

Lilly made scrambled tofu with bulb green onions, tumeric, garlic paste, salt, and pepper. She topped some of it with Daiya Cheddar Style Shreds and served it all with tumeric potatoes and grilled portabellas and cherry tomatoes. 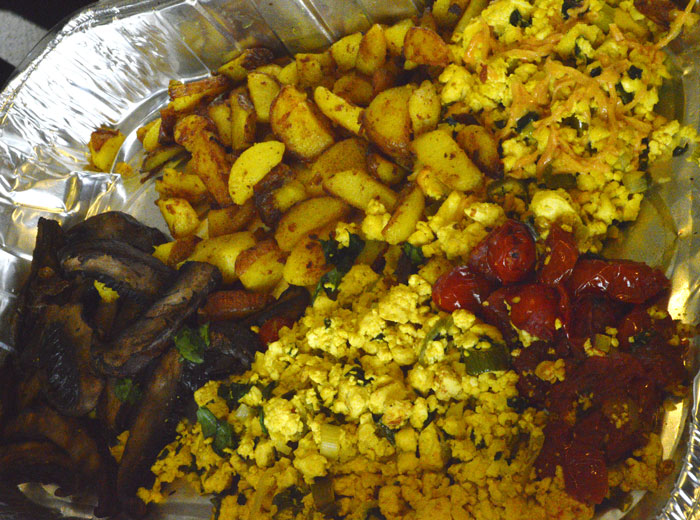 John made oatmeal with coconut oil, banana, flax, raisins, and nuts then baked it to form bars. He also served a brunchy potato dish. 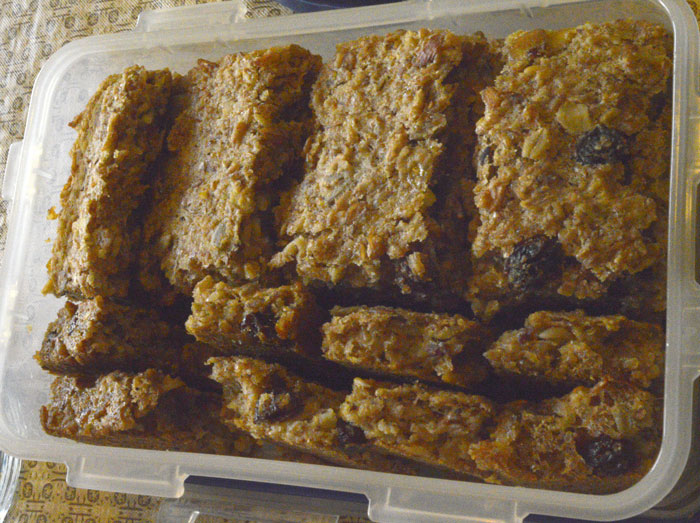 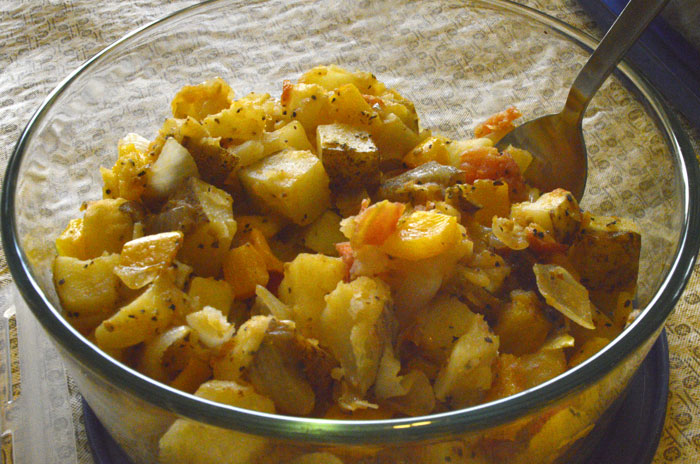 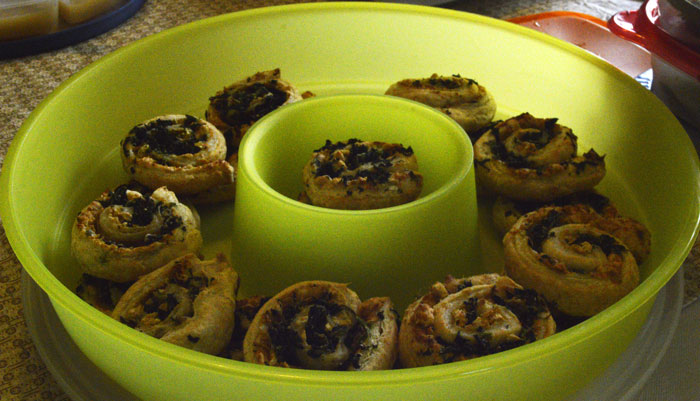 Michelle made up this recipe by tossing shredded potato with salt, pepper and nutritional yeast and baking nest shapes in a muffin tin. The potato forms were topped with kale that had been seasoned with garlic, salt, pepper, and truffle oil. 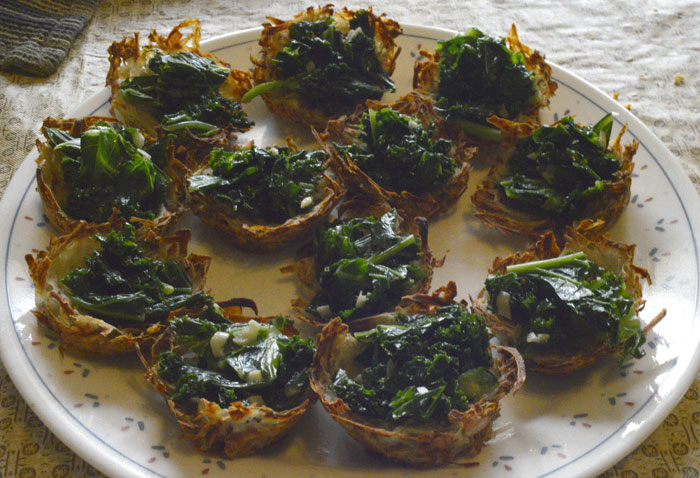 Here it all is, ready for eating. 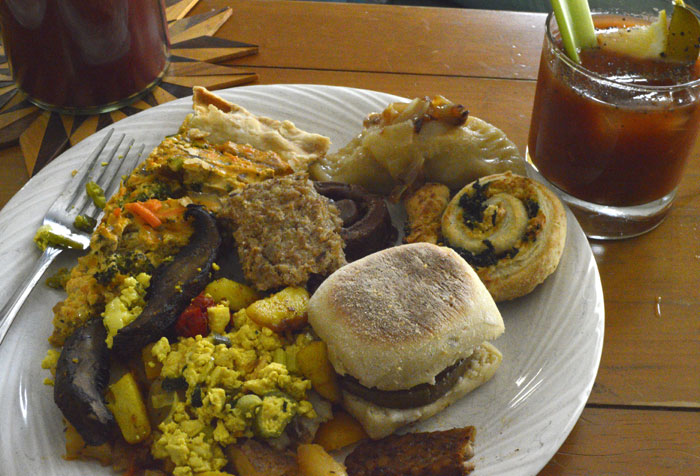