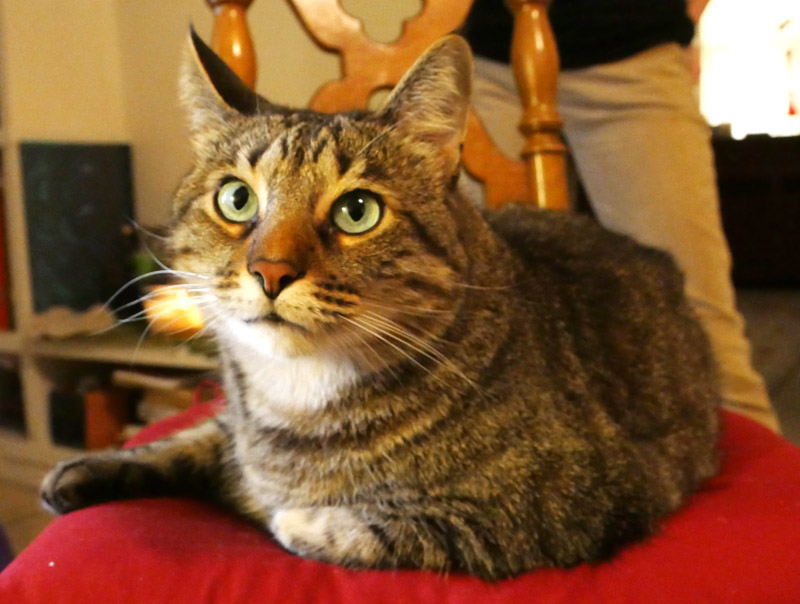 Though by the theme of this meeting we were to use only five ingredients or less in our foods, people were allowed to use oil and salt without it counting toward the five. Yeah, yeah, I know. 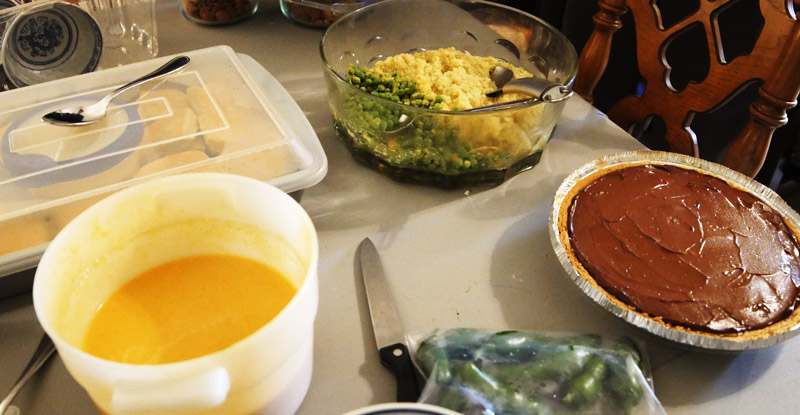 Slynn pressed the water out of extra firm silken tofu and blended it with melted chocolate chips, maple syrup, vanilla, and salt. To keep down her ingredient count, she used a store bought graham cracker crust. 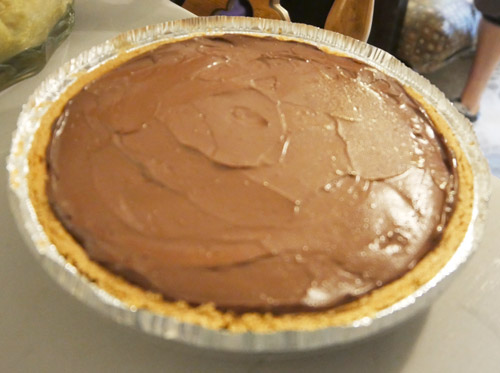 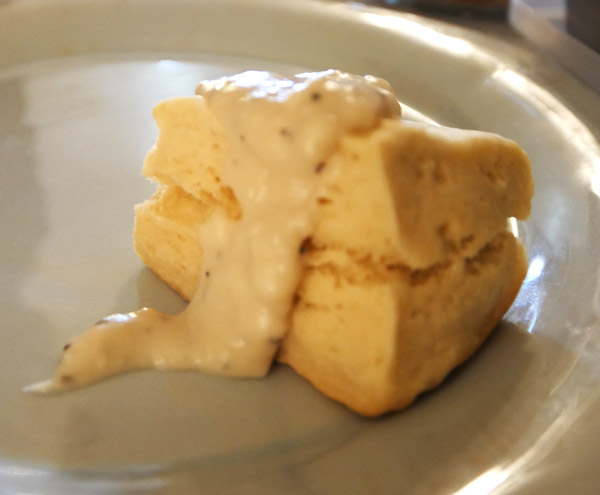 Billy made his soup with his home-grown butternut squash, coconut cream, soy milk, paprika, and salt. 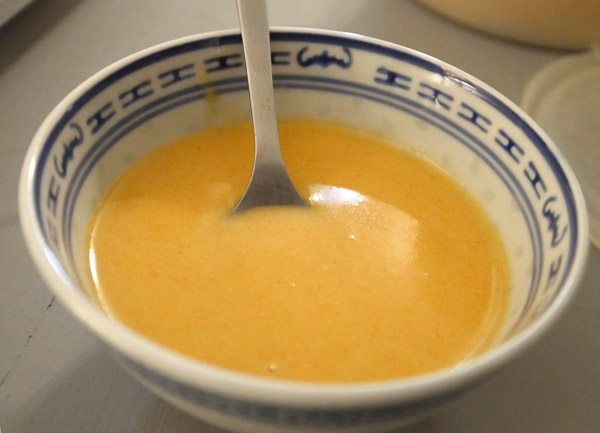 John made cookies with almond meal, coconut oil, sugar, salt, vanilla, and chocolate chips. He also made little round treats out of marzipan. One set was made with marzipan and cocoa, the other with marzipan, cocoa, powdered sugar, and cinnamon. 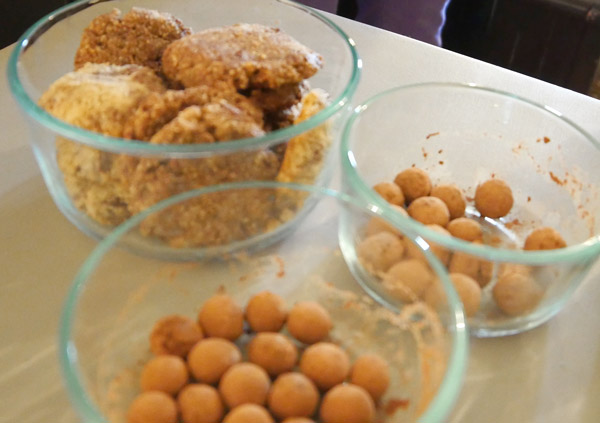 Clearly winning the non-existent Best-Named-Vegan-Food-Of-The-Meeting-Award, Lilly cooked quinoa with a veggie bouillon cube and mixed in boiled peas. She seasoned her “Peas and Qs” with nutritional yeast. 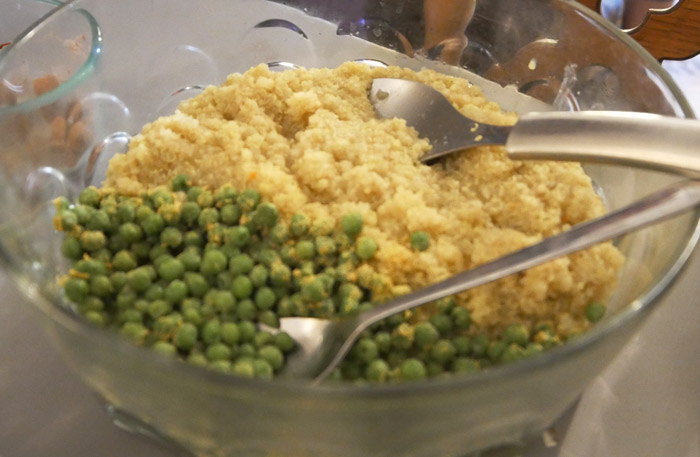 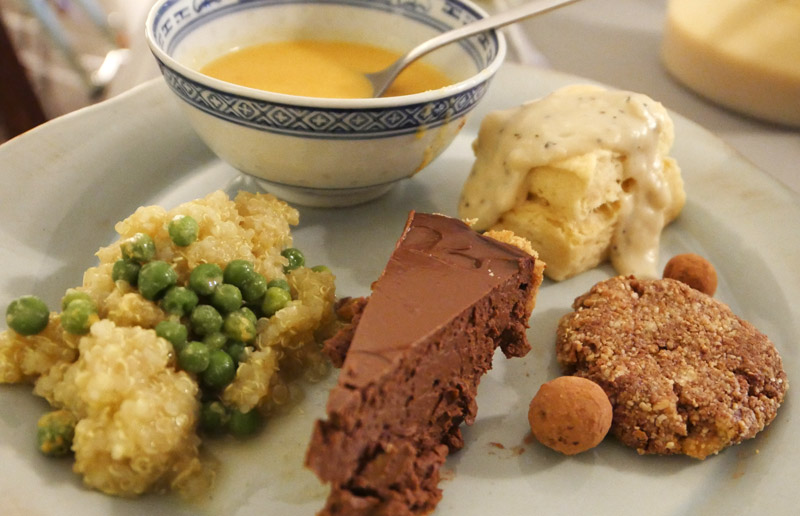