The theme for this meeting was Favorite Food because some thought it would be morbid to call it Last Meal. Either way, the idea was to make what you would want to eat more than anything else. Shannon perceptively pointed out that nobody made salad for this meeting. 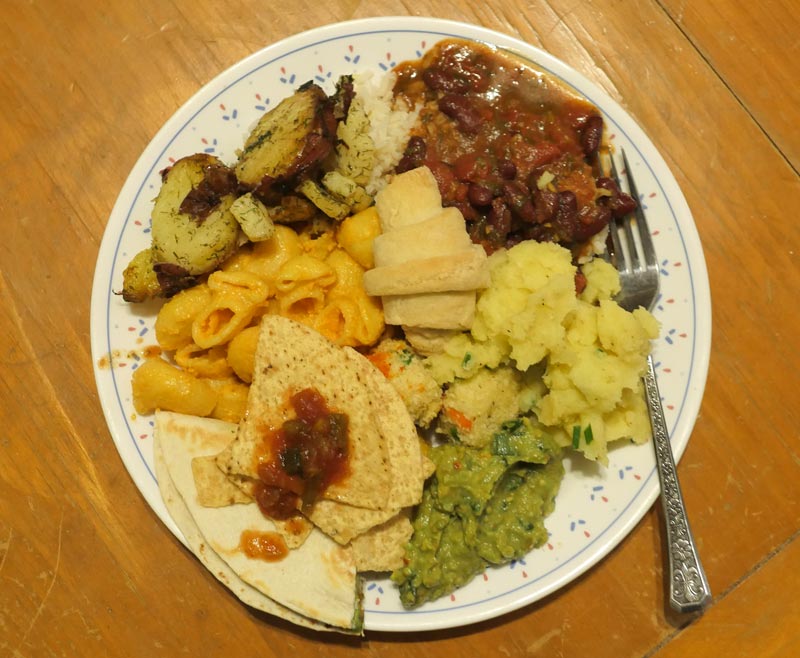 The idea of a last meal made Caroline nostalgic for childhood and family, so she made rice and beans and mac ‘n’ cheese. For the former, she made white rice with vegetable stock (veganized from chicken stock), servng it with a big pot of kidney beans and a sauce of canned dice tomatoes, green onion, garlic, cumin, finely chopped cilantro, salt, and pepper. 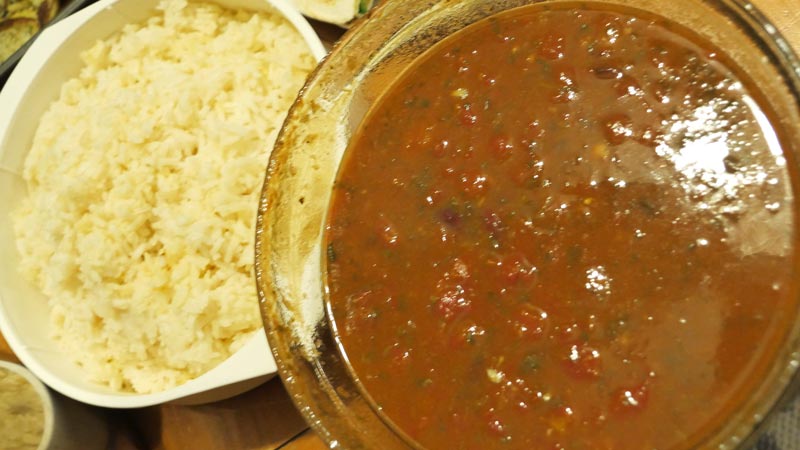 She also made mac ‘n’ cheese using Follow Your Heart® vegan cheddar and big shells of pasta. It tasted like that kind from a box that kids love! 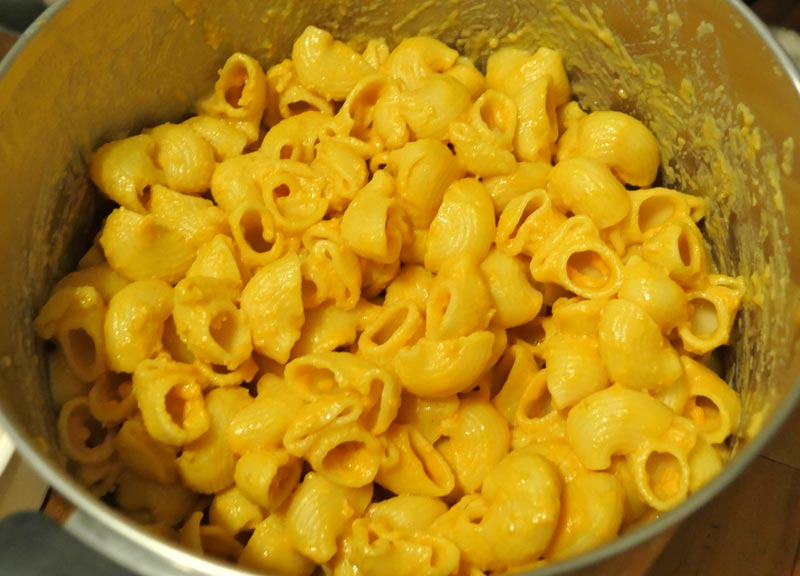 Drew made clean dishes after Caroline made the above listed foods.

Billy has many favorite foods, but perhaps the one he makes most often is his guacamole recipe. He concocts it with avocados, lime juice, green onion, crushed red pepper, and salt. 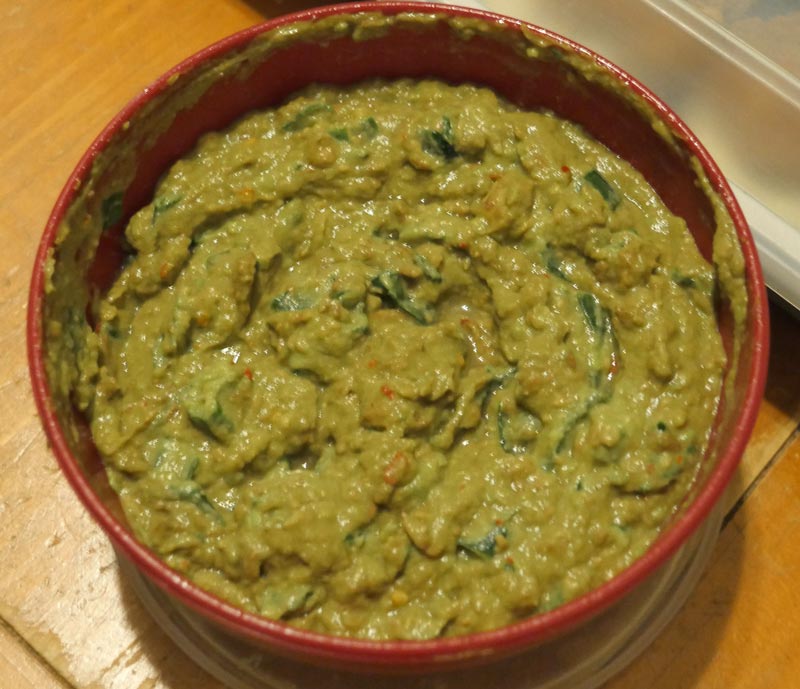 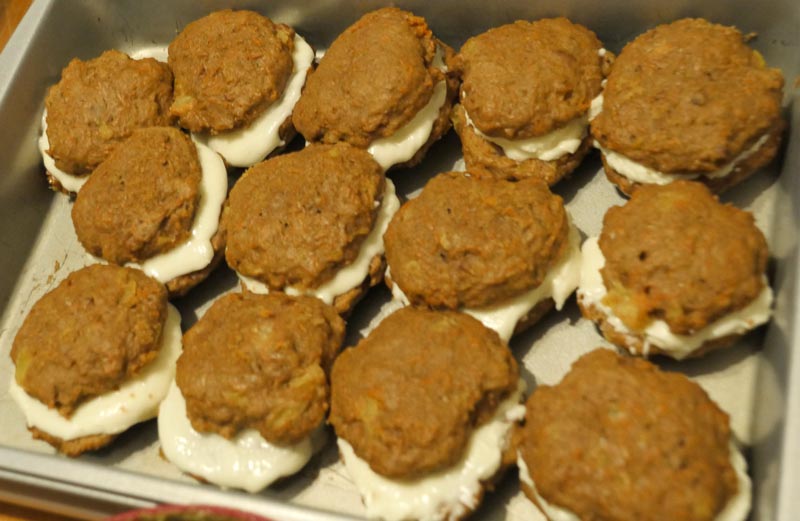 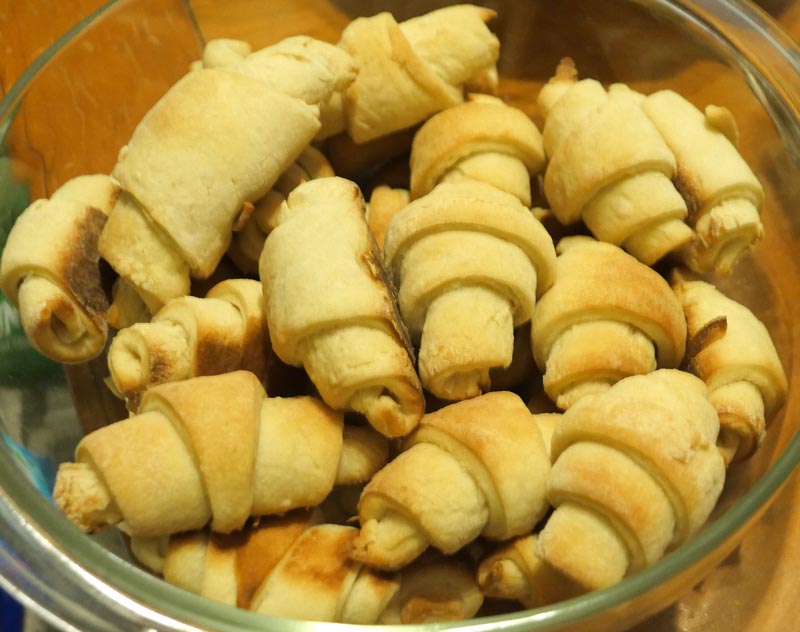 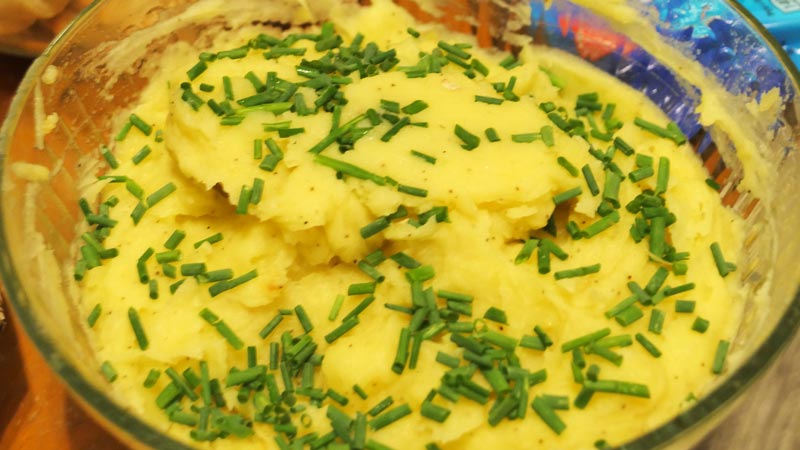 She also brought Thin Mint Oreos because she wanted the temptation out of her home. 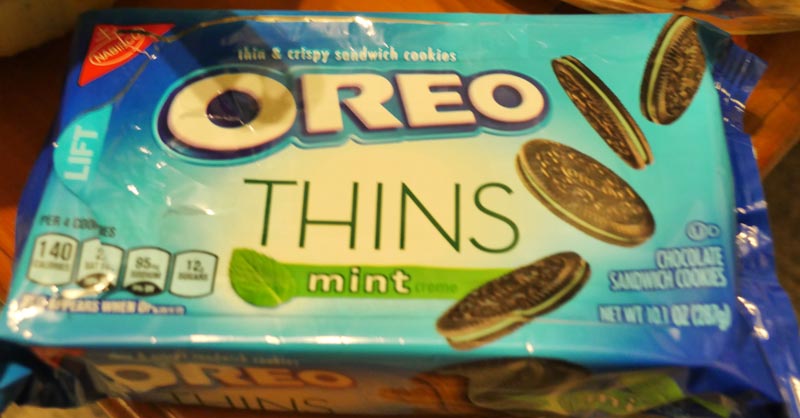 It looks like a quesadilla, but it doesn’t have any cheese. Back when John was a student, he made these Johnadillas without the avocados–they are expensive. Now, as a grown up, they are made with refried beans, baked potato, and avocado smooshed into toasty flour tortillas. He does not generally actually call these Johnadillas. 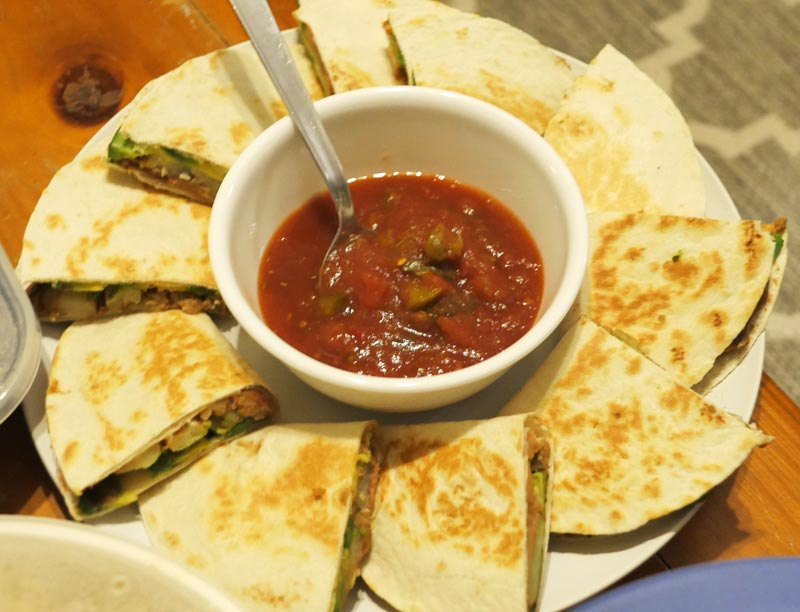 Lilly boiled potatoes then marinated them in a blend of olive oil, lemon juice, and dried dill. Then she baked them, adding fresh dill near the end of the process for a deliciously fresh flavor. 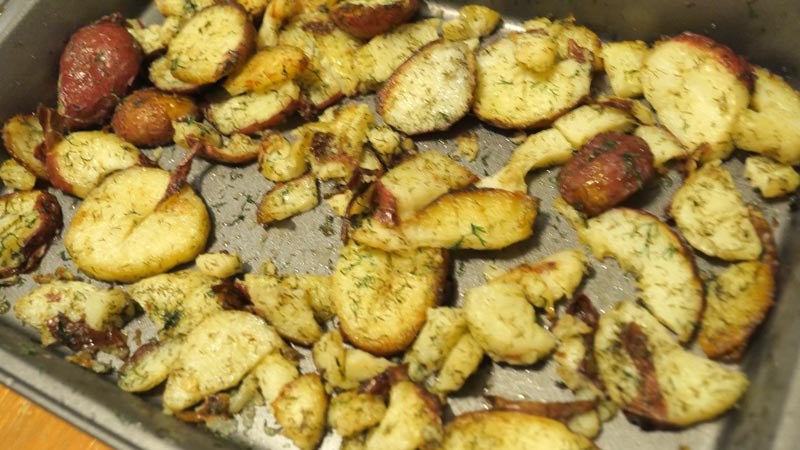 Slynn made this ice cream with coconut milk and canned pumpkin, filling it with lots of cinnamon and ginger to give it that beloved pumpkin pie flavor. 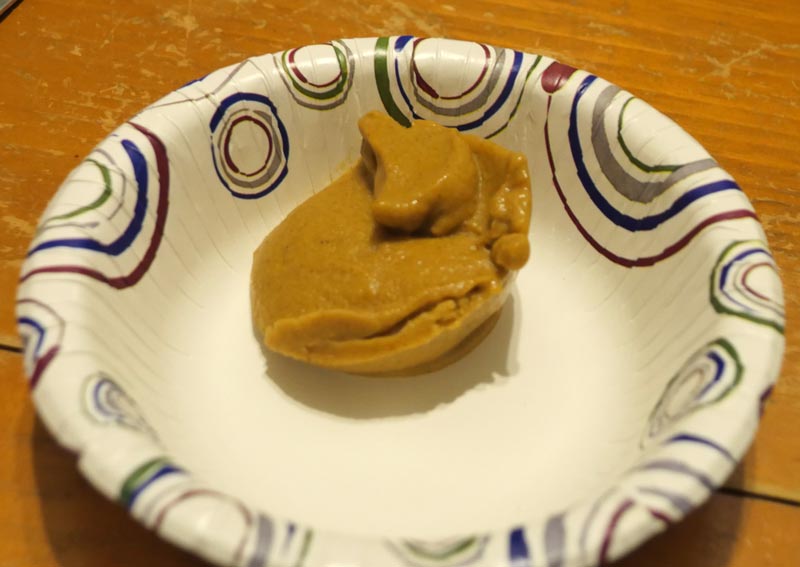 Ramon boiled cauliflower and potatoes then mashed them up. He added peas and carrots and bread crumbs and formed the mixture into balls. Next he rolled them in bread crumbs. After that, he baked them then pan fried them, adding Frank’s Red Hot sauce to some of them at this stage. 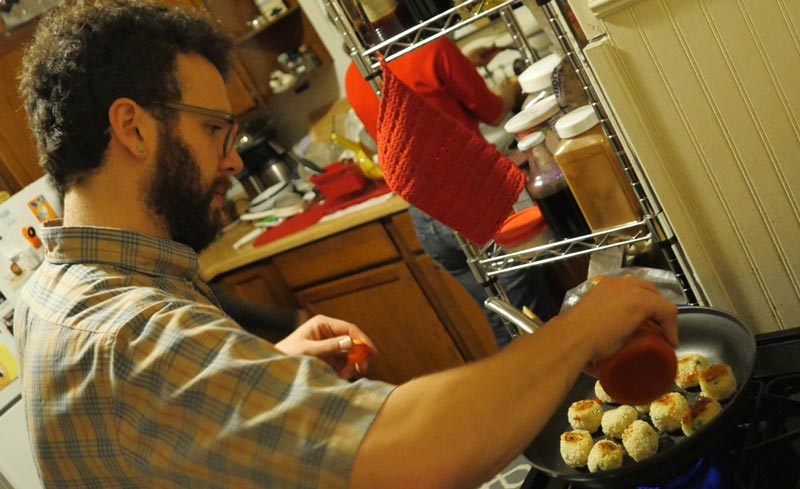