For November, Vegan Bake Club held its third annual Thanksgiving meeting. We had a foggy camera lens issue when taking photos before the meal, so we are missing a few pictures. 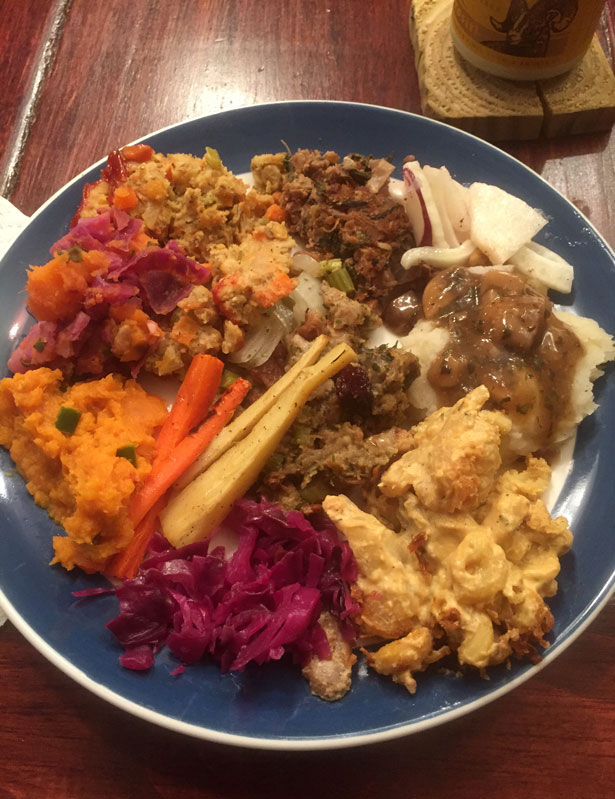 Here are the desserts: 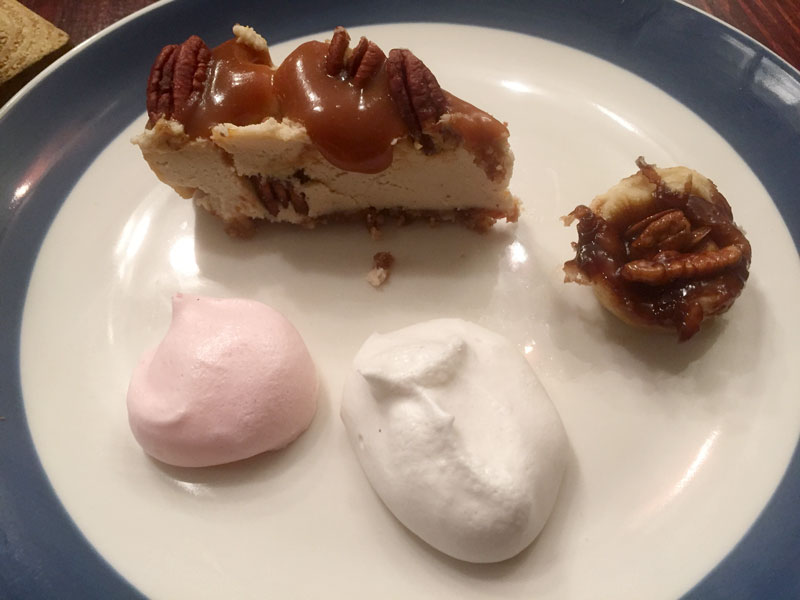 As usual, John made several dishes for VBC Thanksgiving, but his heart was likely most in the veganized version of his family’s Thanksgiving tradition (on his dad’s side), Jell-O Salad. In place of non-vegan Jell-O he used plain Bakol Jel Dessert. He combined this with half a navel orange, a cutie, strawberries, blended raspberries, and sugar. The Jel Salad also involved walnuts, diced celery, and half an apple. While the picture of John’s Jel salad is missing, here is a picture of him preparing the crescent rolls from a tube we begged him to bake despite all the stuff he already made. 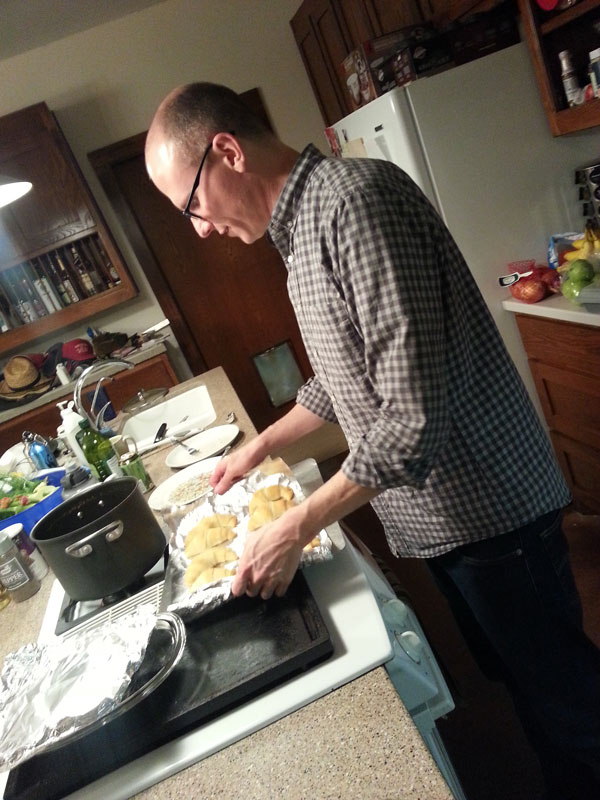 Here are his roast parsnips and carrots… 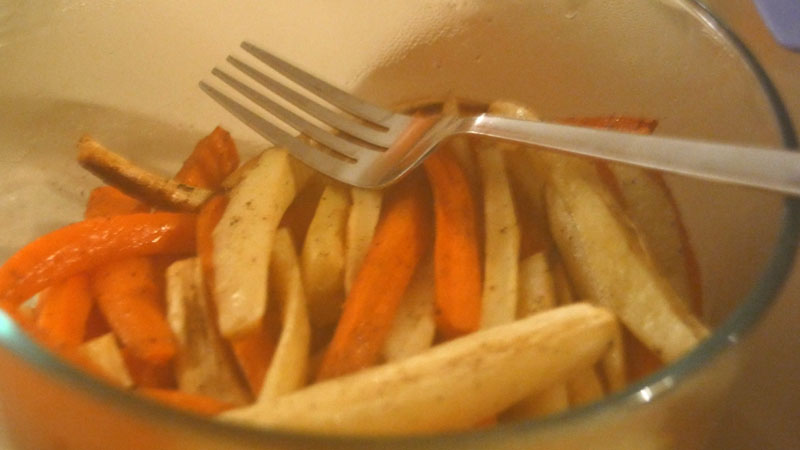 and his mushroom gravy seasoned with dry basil and served with mashed potatoes.

Slynn made her Tiny Pecan Pie crusts with coconut yogurt and margarine. This is the “Puffy Pie Dough” from Vegan Pie in the Sky. She filled them with things like pecans, brown rice syrup instead of corn syrup, brown sugar, vanilla, and margarine.

Her Warm Sweet Potato Red Cabbage Salad included sweet potato, red cabbage, pine nuts, cranberry, garlic, and parsley. You can see some of it in the plate of food up top.

They also prepared Red Cabbage Slaw made with red cabbage, margarine, red wine vinegar, red currant jelly, and sugar. They brought vegan wine too. Below is their Nine Seed Bread Stuffing. The Red Cabbage Slaw can be seen on the plate of food above. 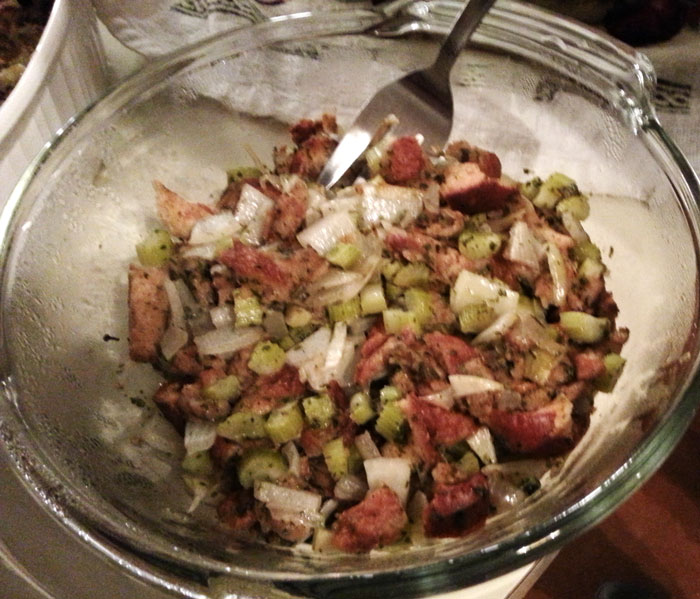 Ramon used his work’s Vitamix blender to make a cashew cheese sauce. He pan fried cauliflower with mushrooms, parsley, and thyme. He combined the sauce, veggies, and macaroni in a dish, topped with fried onions, and baked. 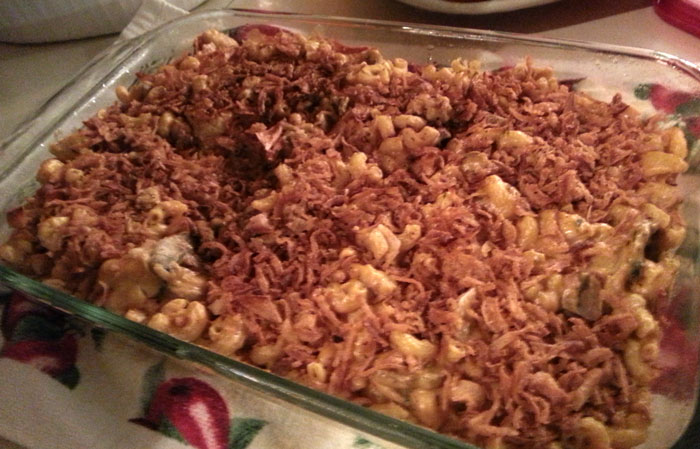 As a light and fresh complement to the many Thanksgiving comfort-style foods at this meeting, Michelle put together a salad of fennel, Asian pear, purple radish, shallot, pecans, and roasted garlic vinaigrette. 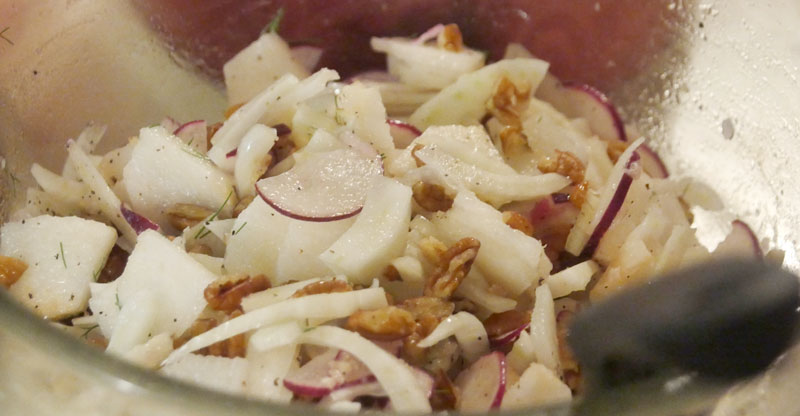 In town for Thanksgiving, Haley was able to make it out for VBC. She made meringues with aquafaba in place of egg whites, plus sugar, vanilla, cream of tartar, and red food coloring to make some of them pink. 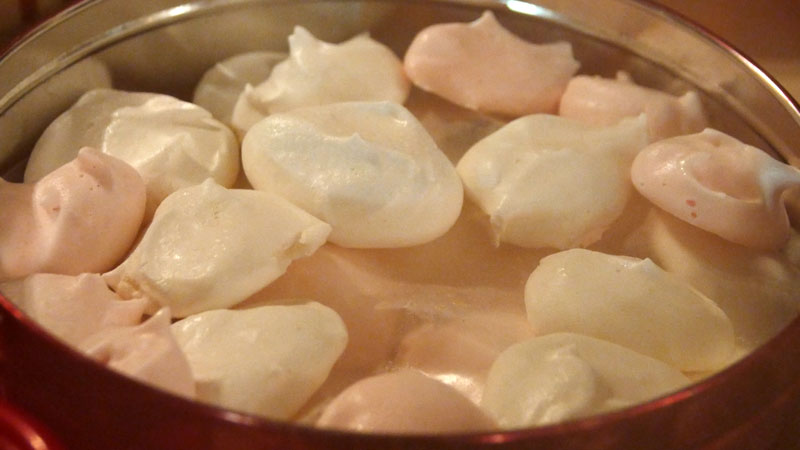 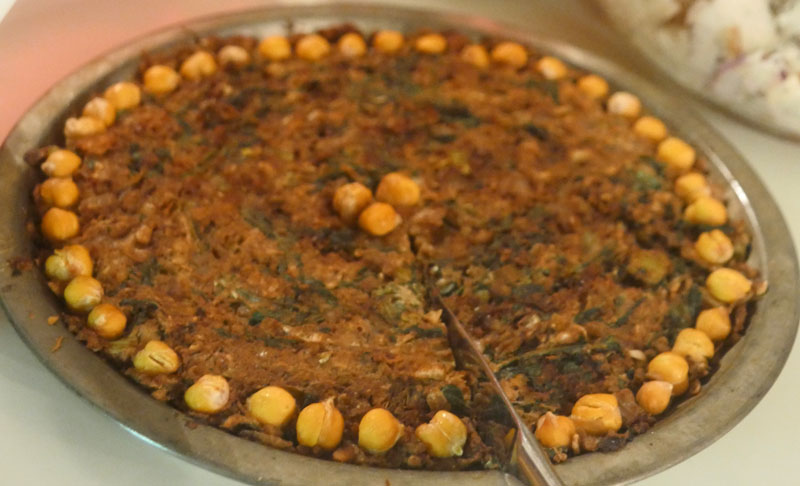 Tyler may or may not have helped make the chickpea tart, but he did bring his sister Haley to the meeting. He also explained to us with great emphasis about how beautiful Jason Priestley’s wife is. 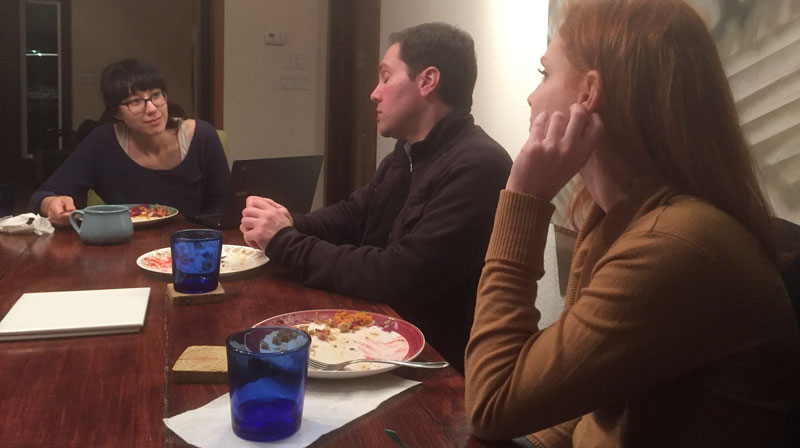 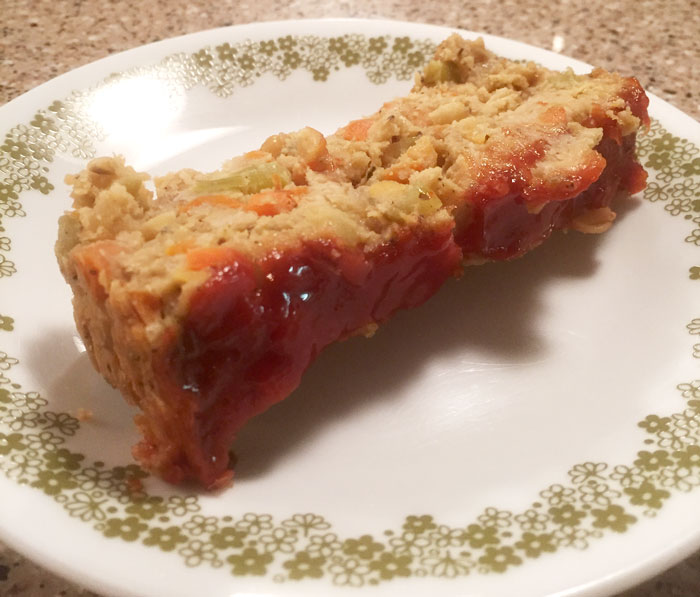 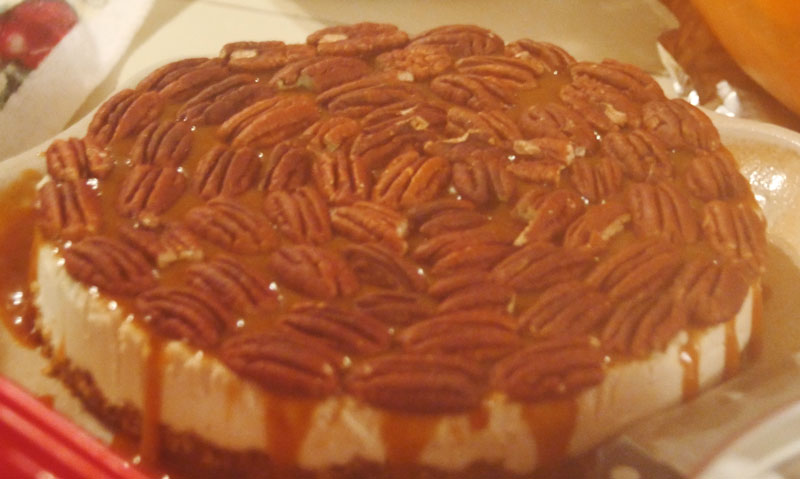