It was Ramon’s passion for Thanksgiving food that led to the second annual Vegan Bake Club Thanksgiving. Thanks to everyone who has ever participated. 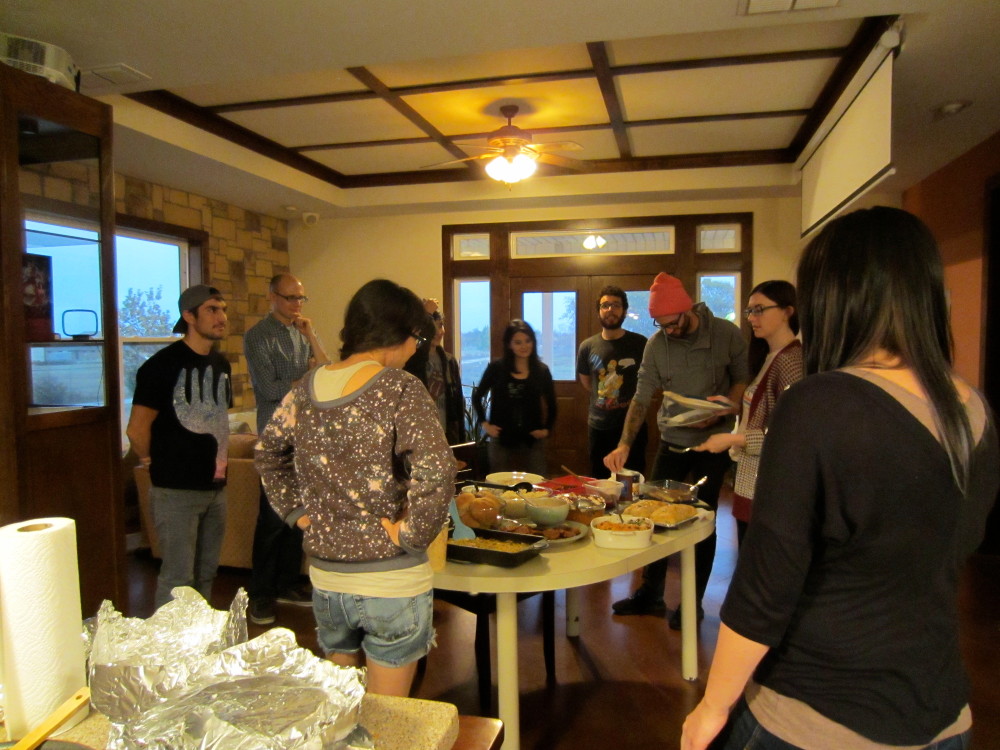 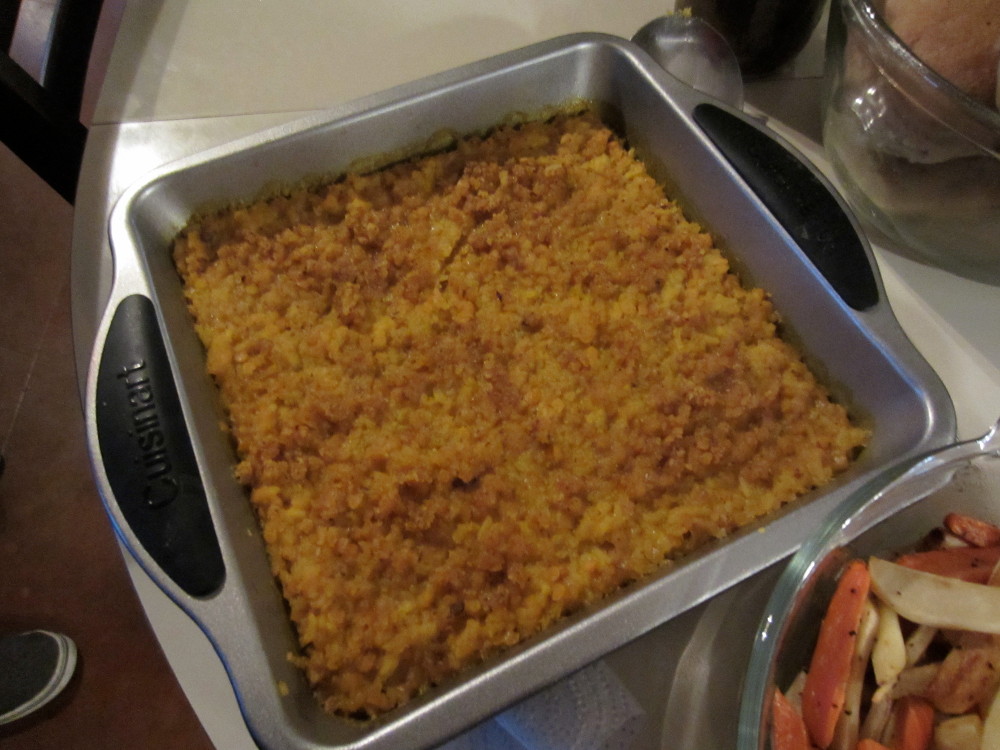 For the filling of the Wellington, Slynn used WestSoy® Seitan she sauteed with orange and spices, kale, carrots, celery, onion, and roasted mushrooms. She used Pepperidge Farm® Puff Pastry for the dough. 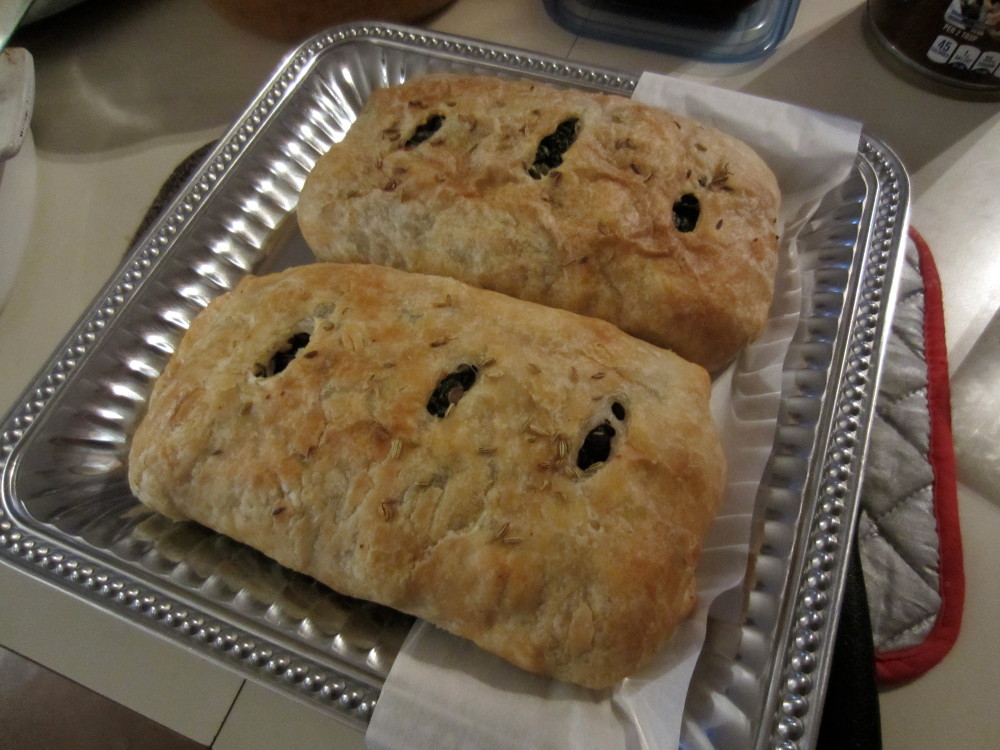 Already having cranberries on hand, she also made the Cran-Apple Pie recipe from The 100 Best Vegan Baking Recipes. 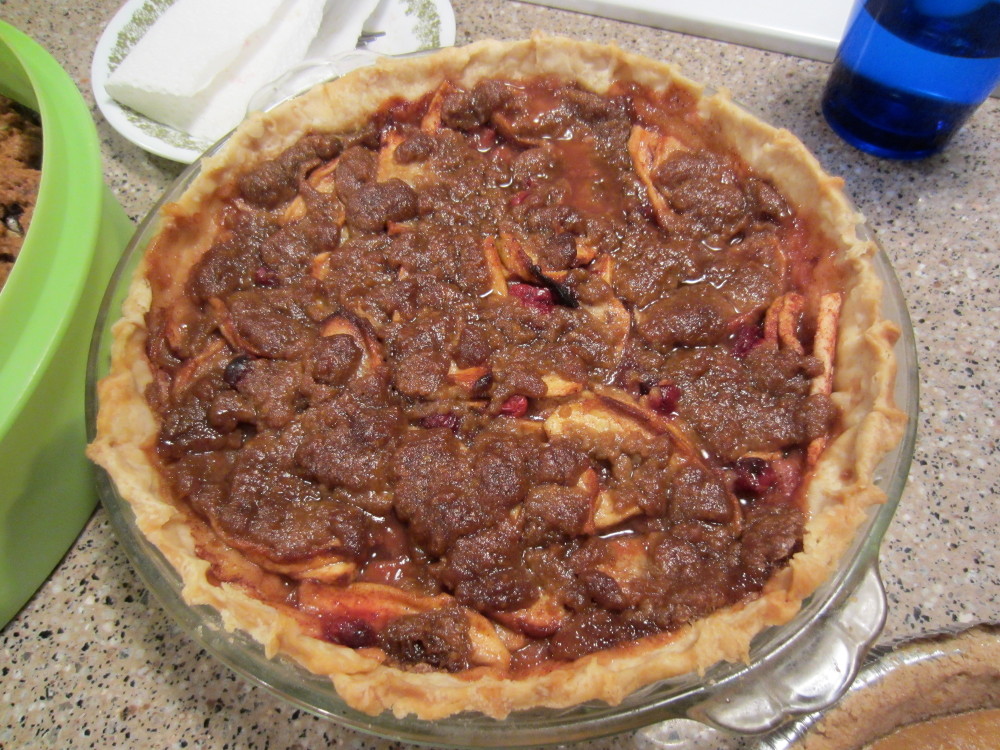 She also made a Pumpkin Pie with coconut whip for on top. 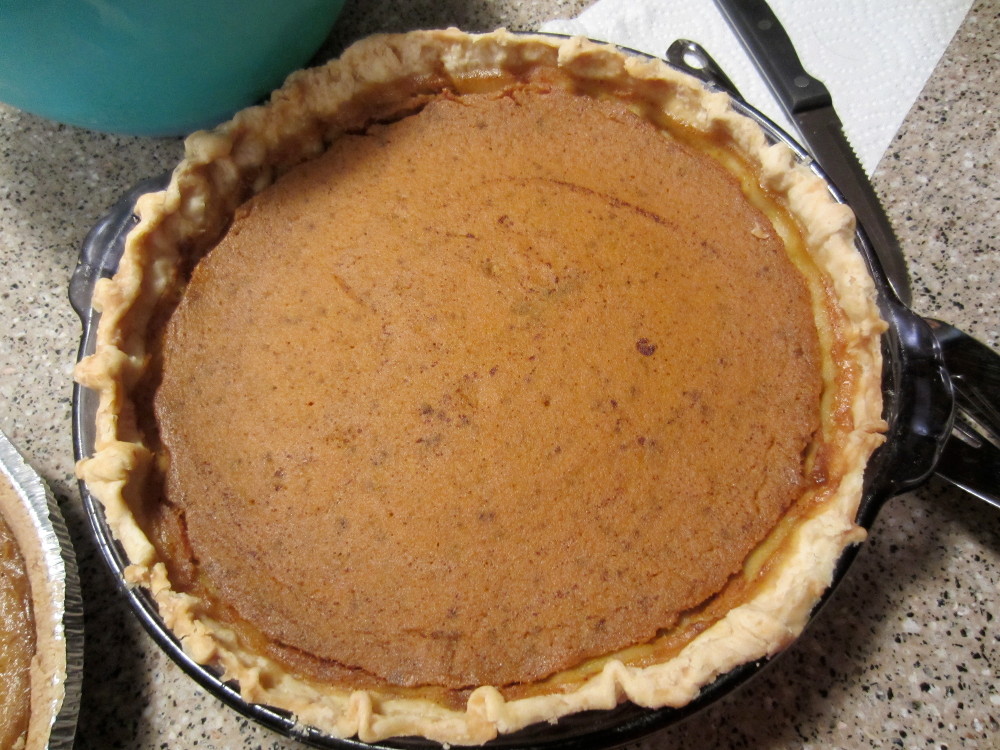 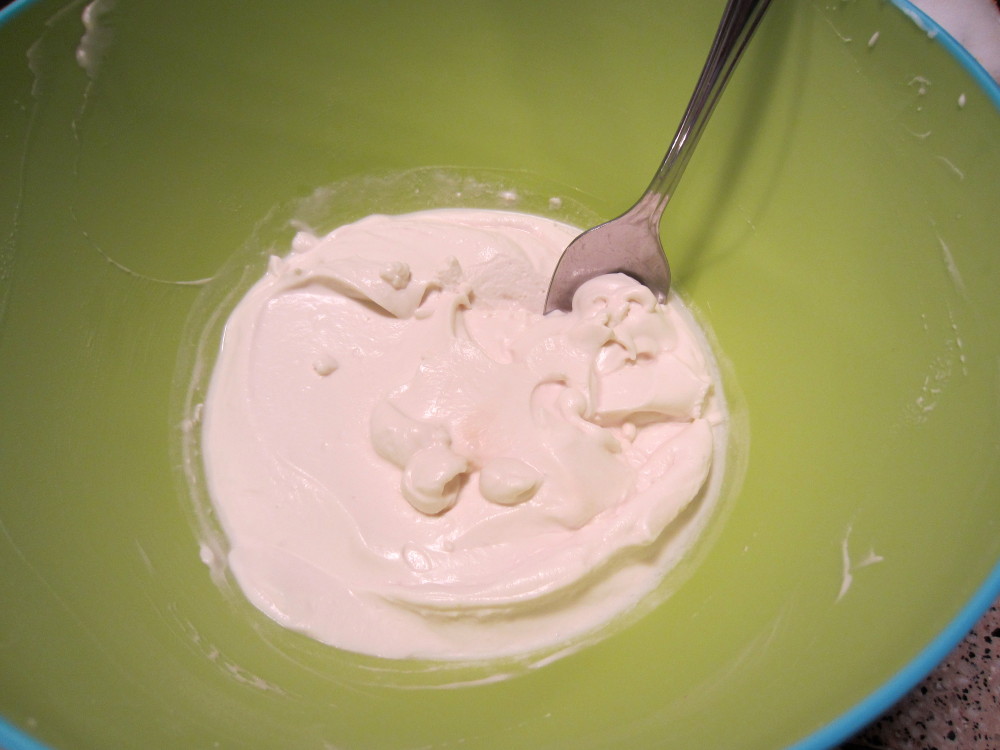 Taking inspiration from his current job at the local Denton eatery Cups and Crepes, Ramon made curry hash vegan crepes and a side of cranberry chutney. 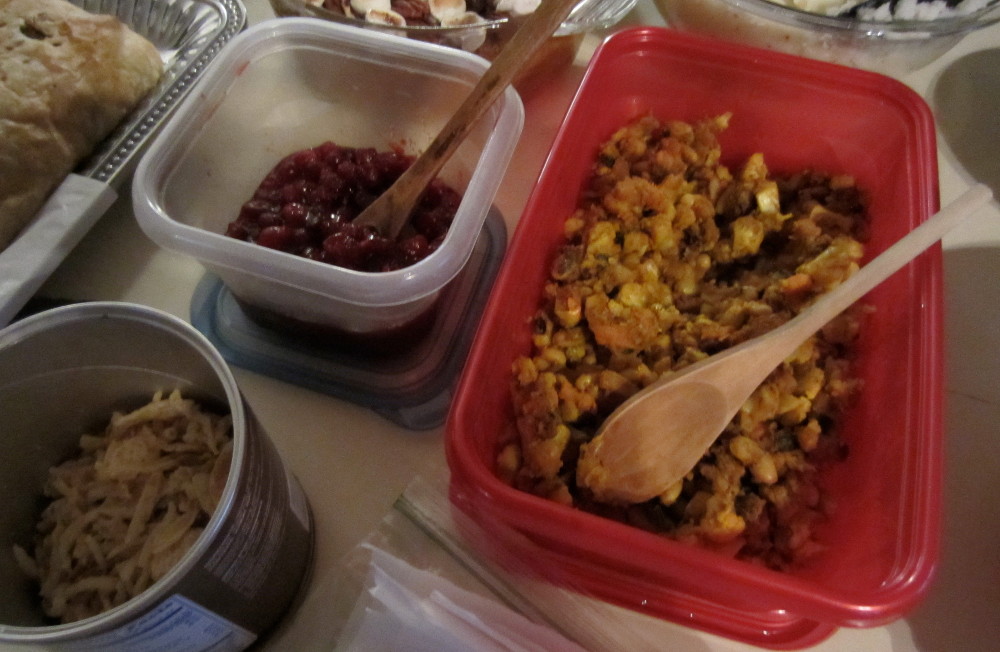 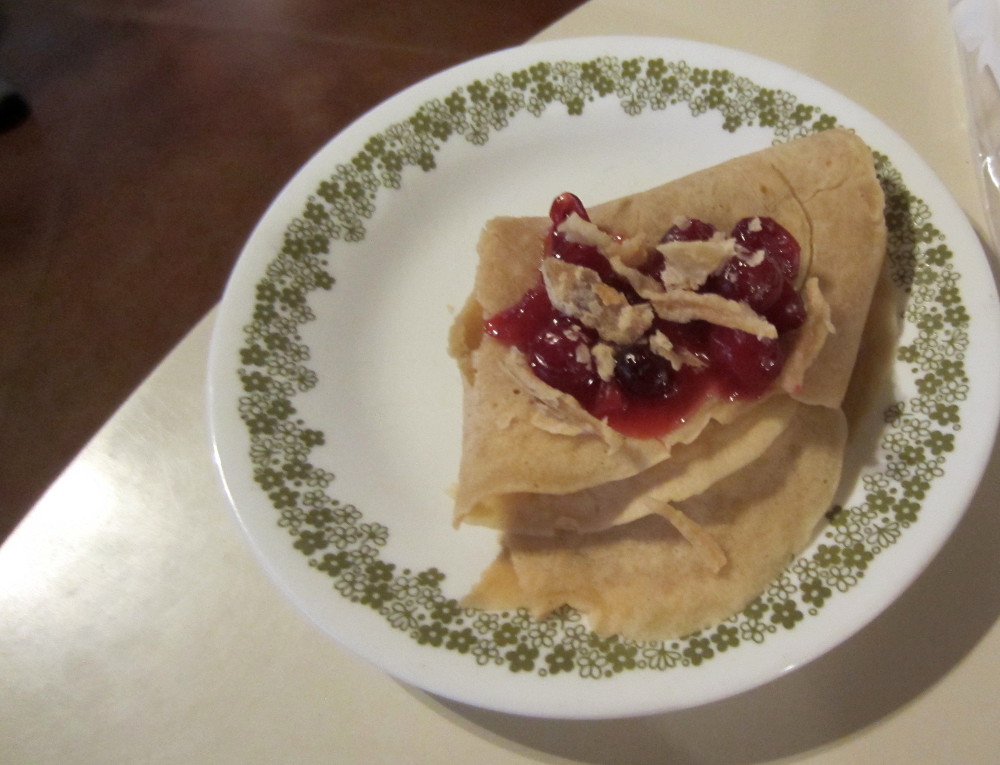 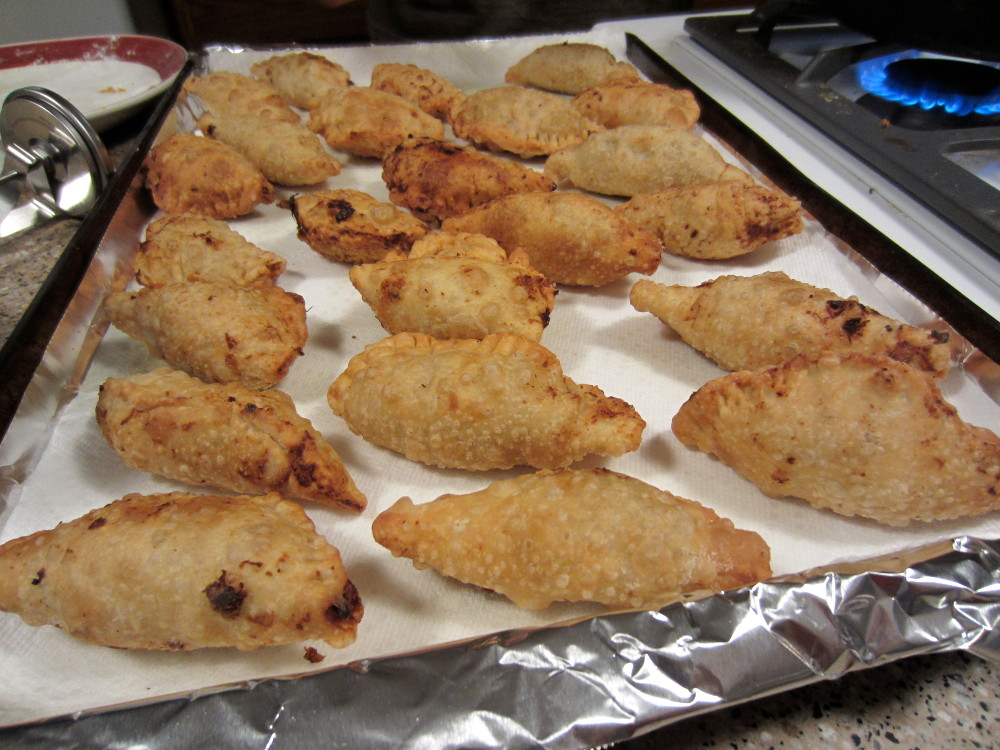 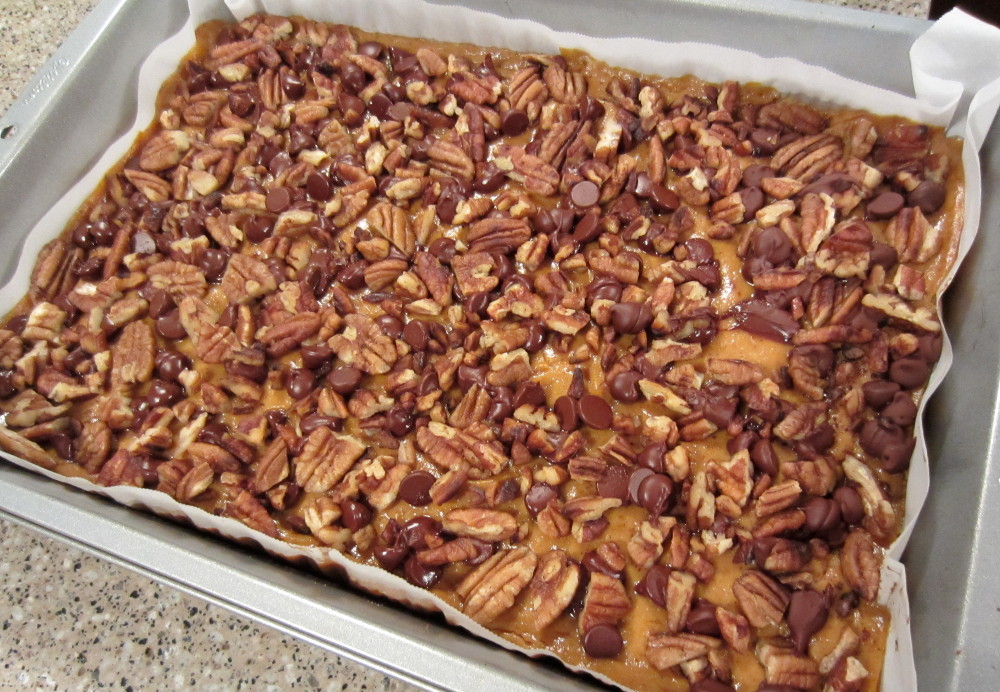 The chickpea cutlets were made based on the Veganomicon recipe. 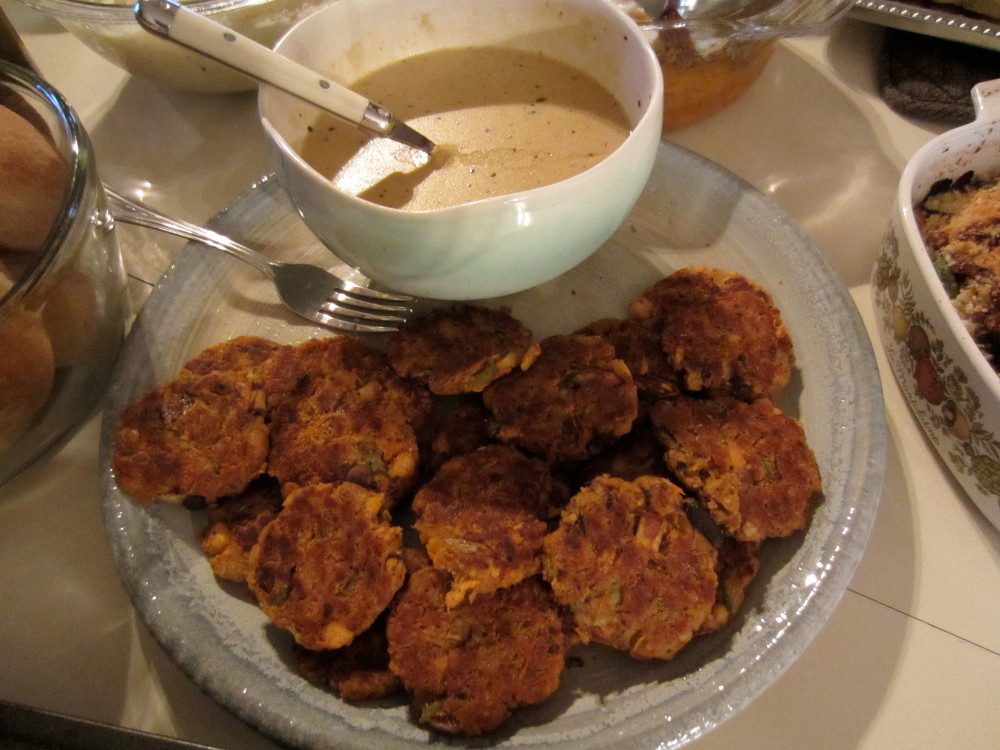 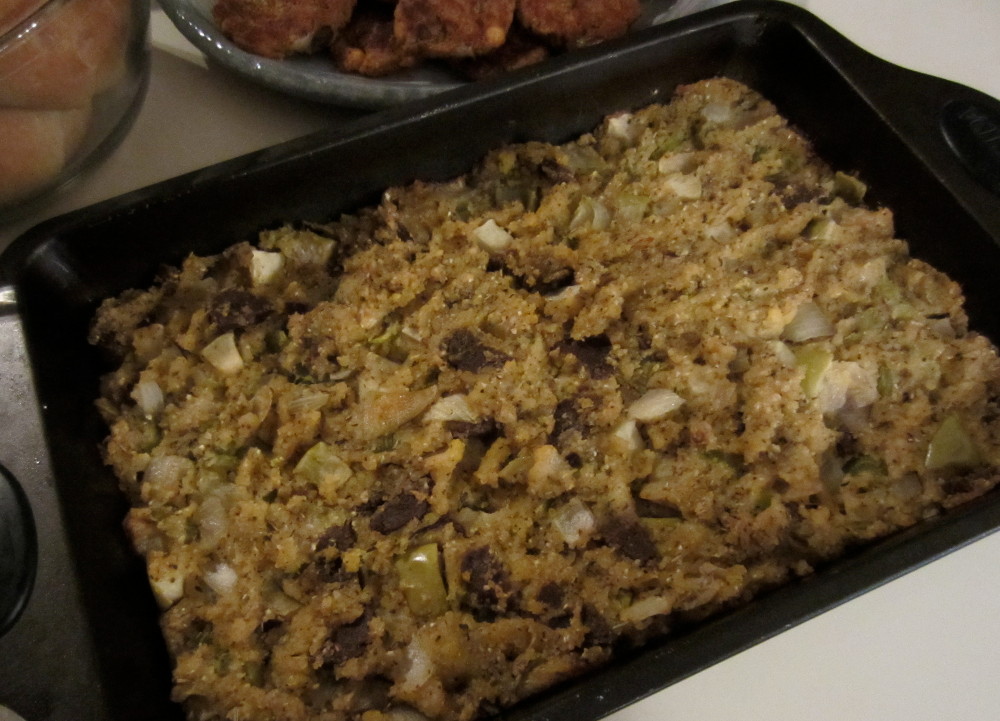 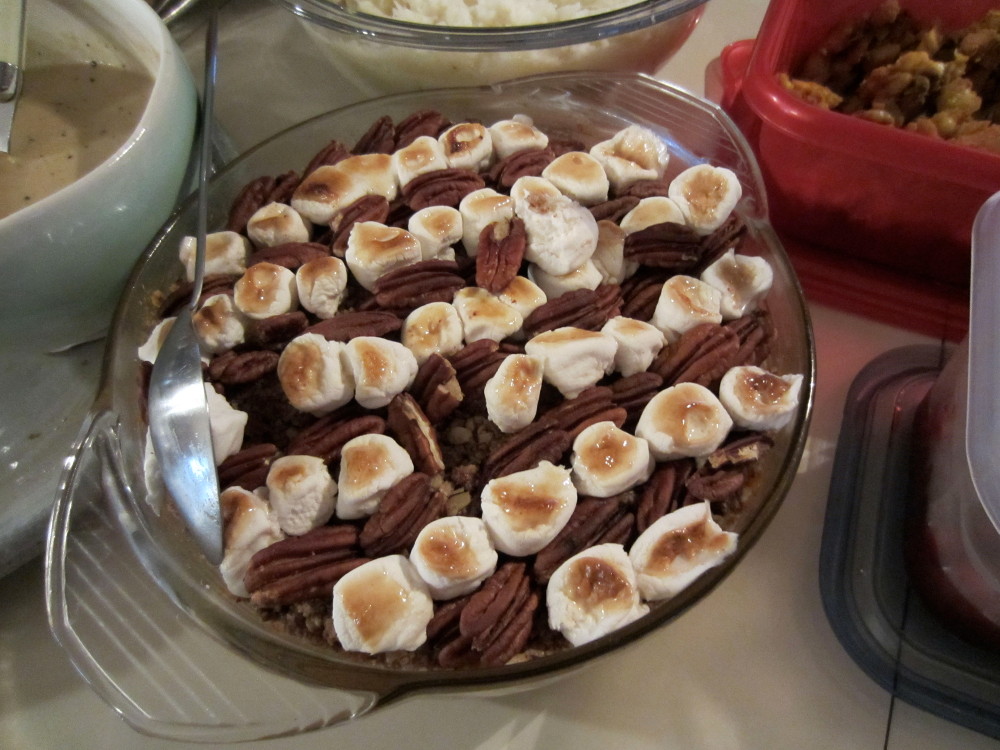 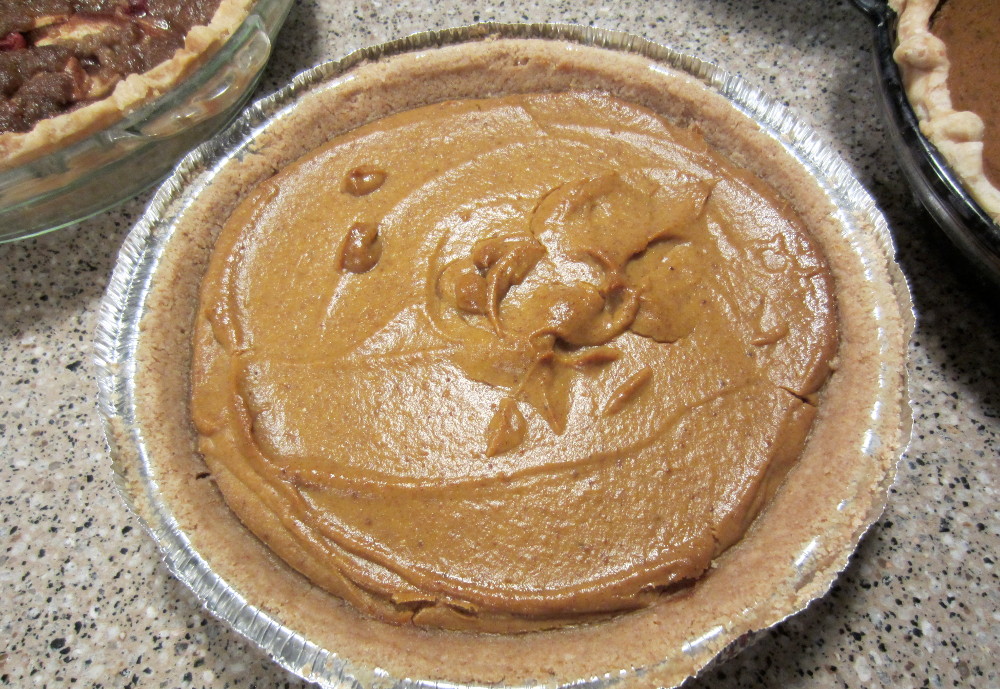 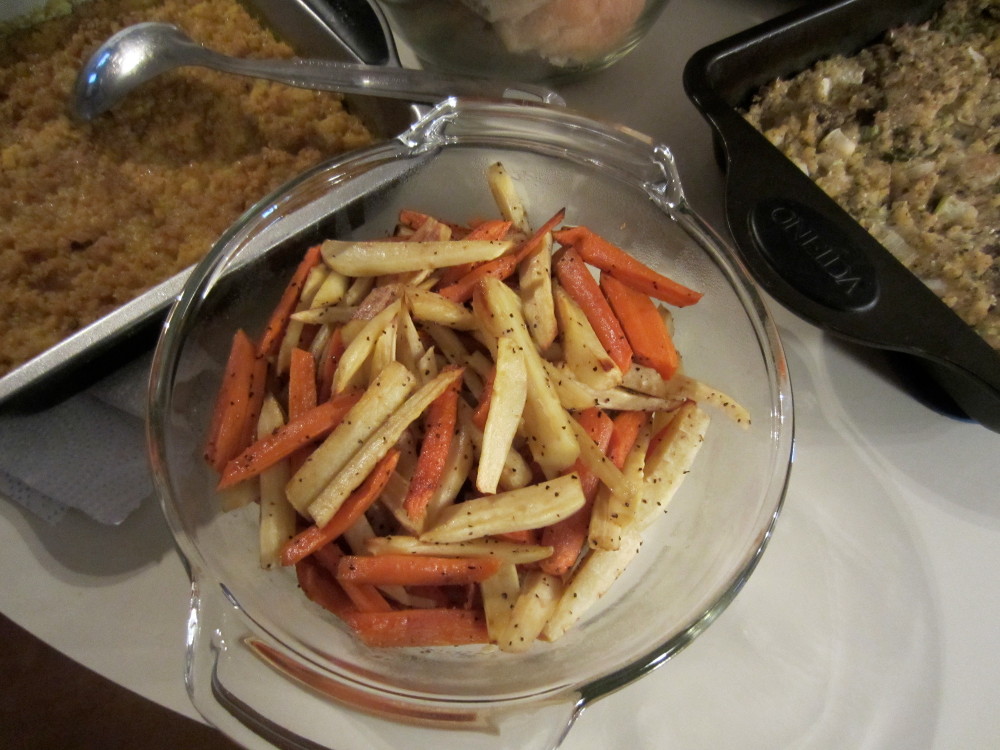 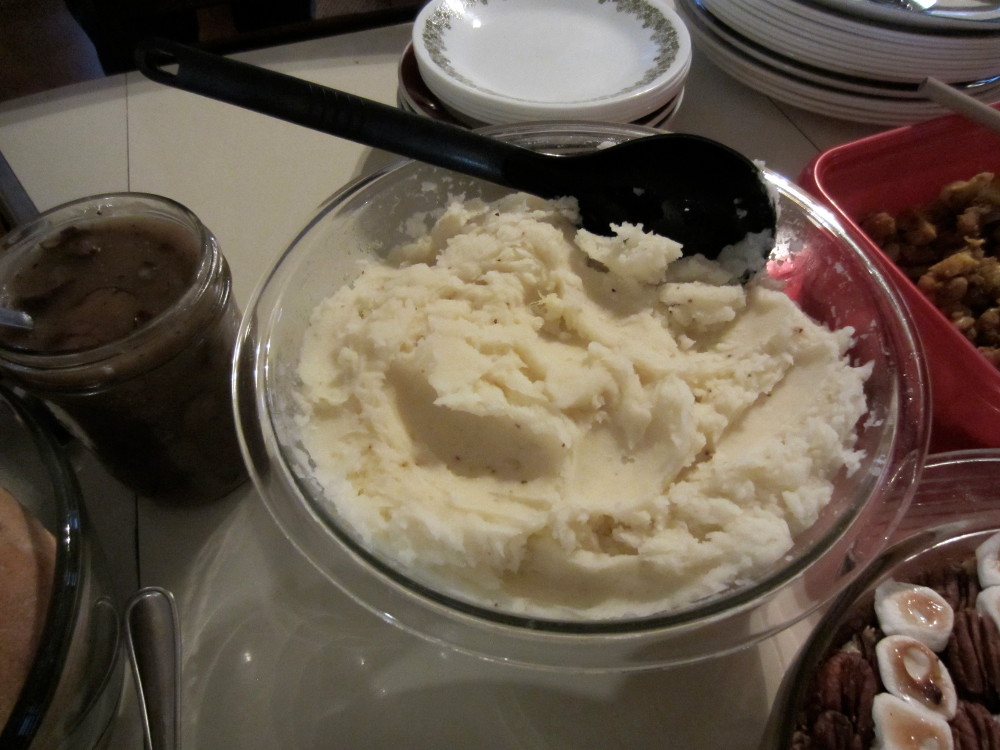 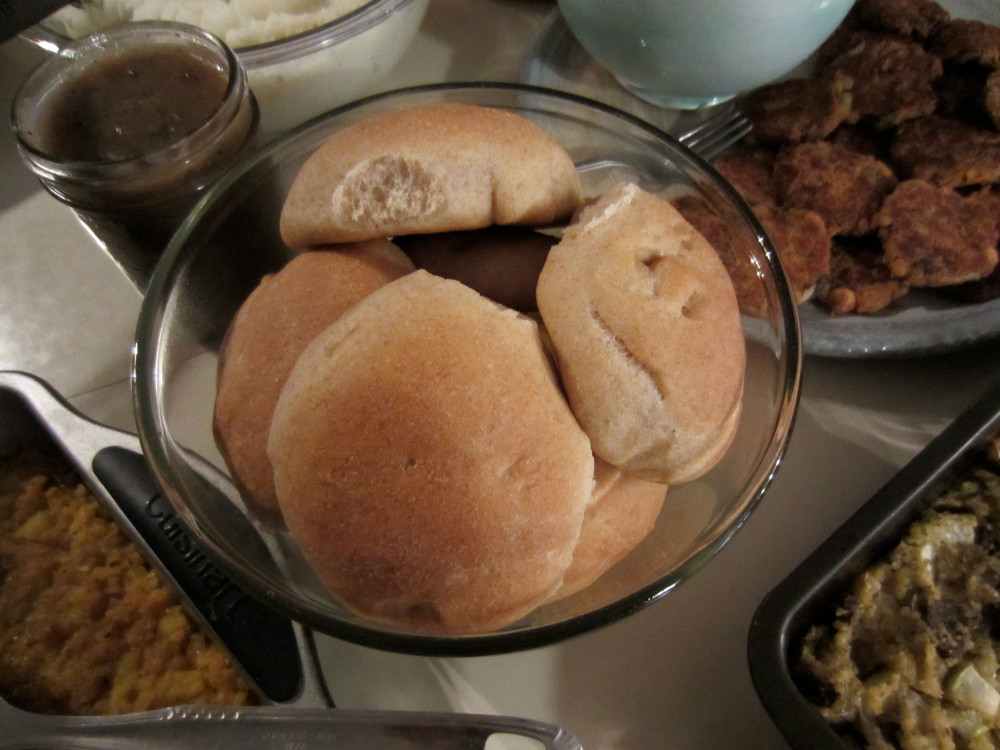 These kids brought mounds of mock tuna salad that they acquired from the deli at Denton’s Cupboard Natural Foods.

Trista cooked fingerling potatoes in olive oil, seasoning them with rosemary, thyme, and garlic. I really enjoyed this television series. 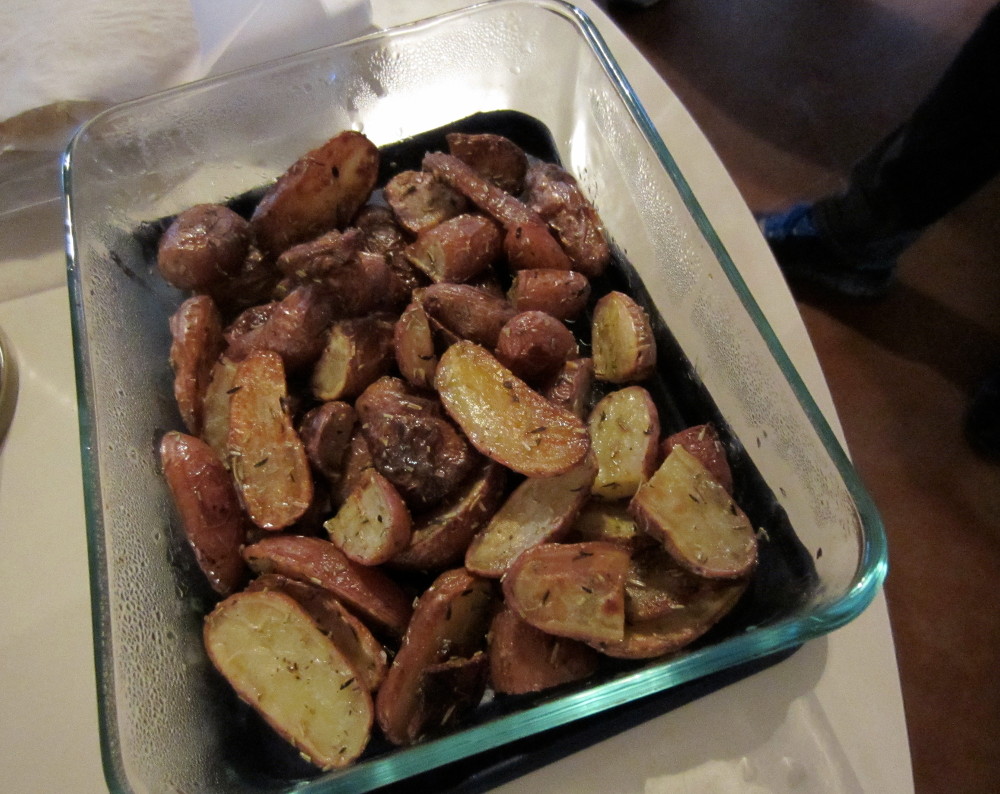 Michelle’s brussel sprout dish also contained cranberries and leeks in a maple glaze. She topped it with bread crumbs and pecans. 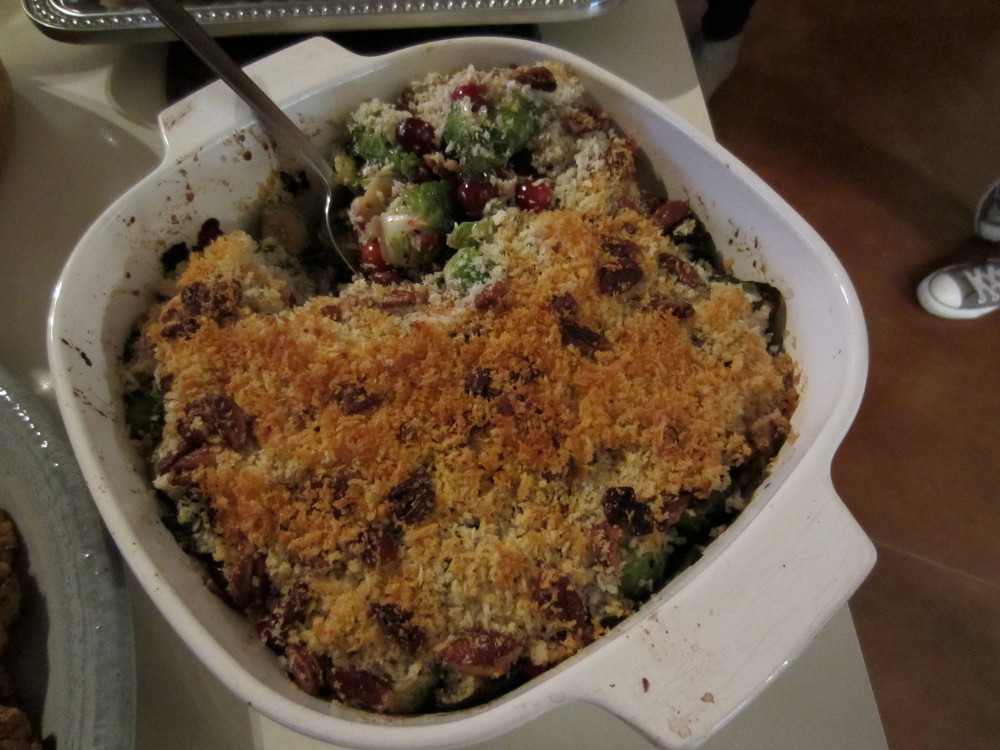 Among other ingredients, Roy put chocolate chips, pumpkin seeds, walnuts, and pecans into his muffins. 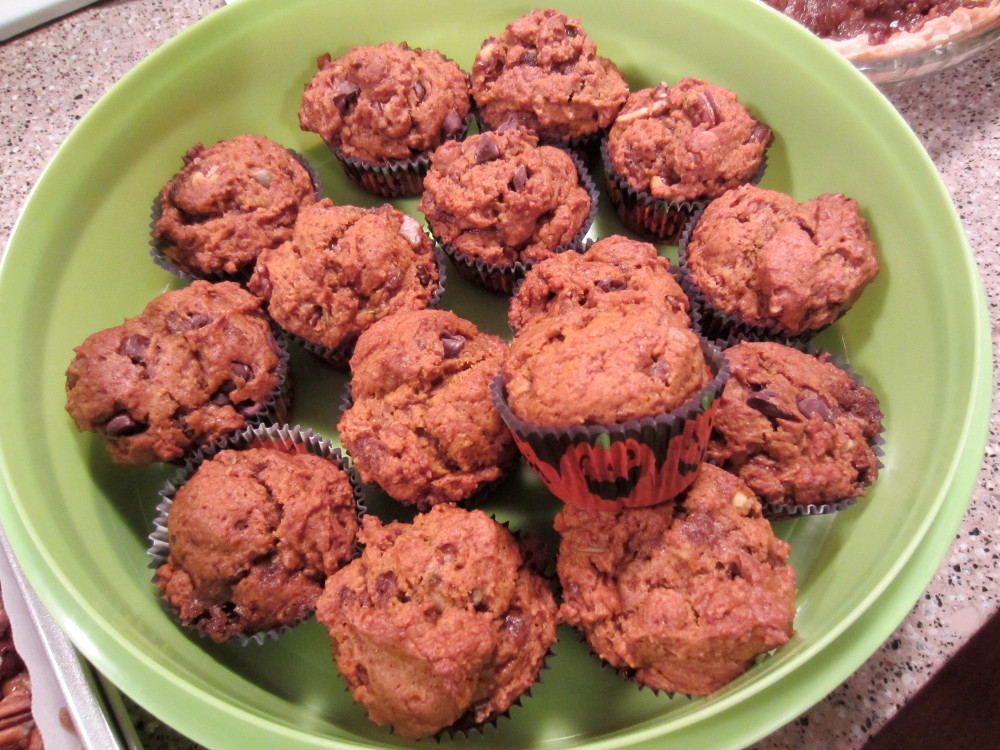 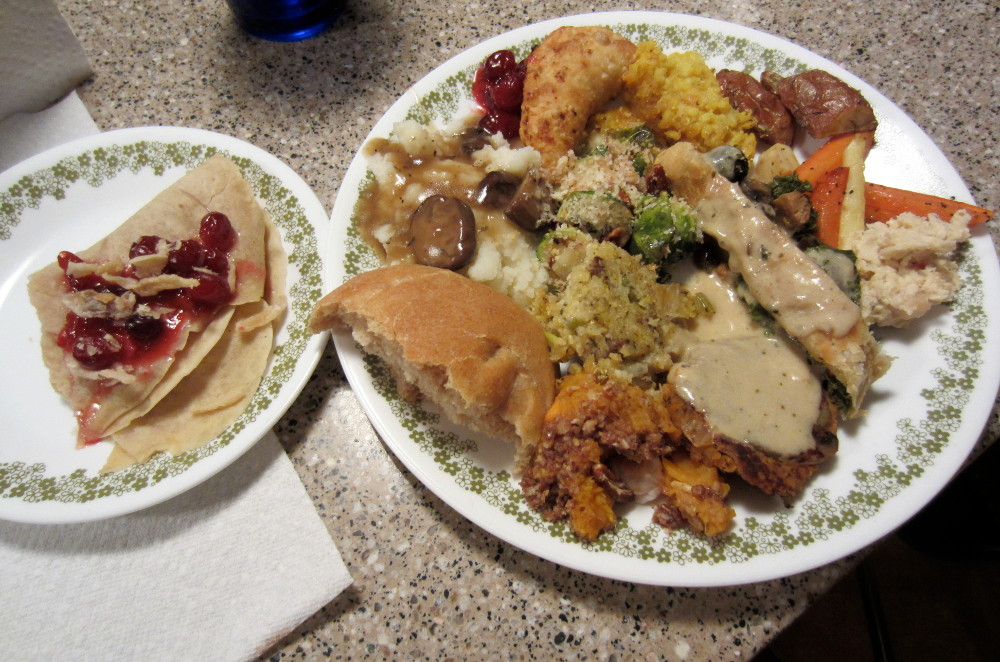 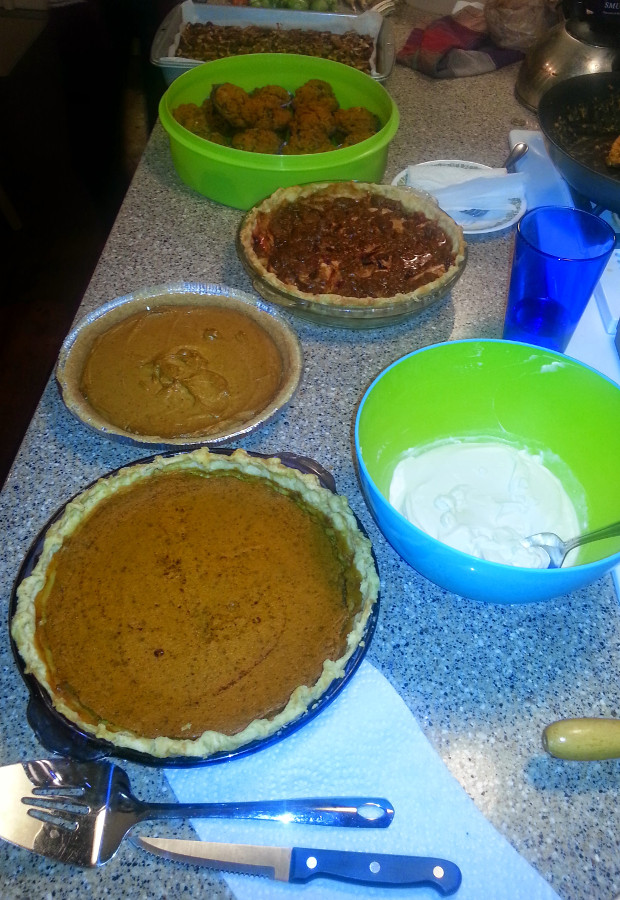