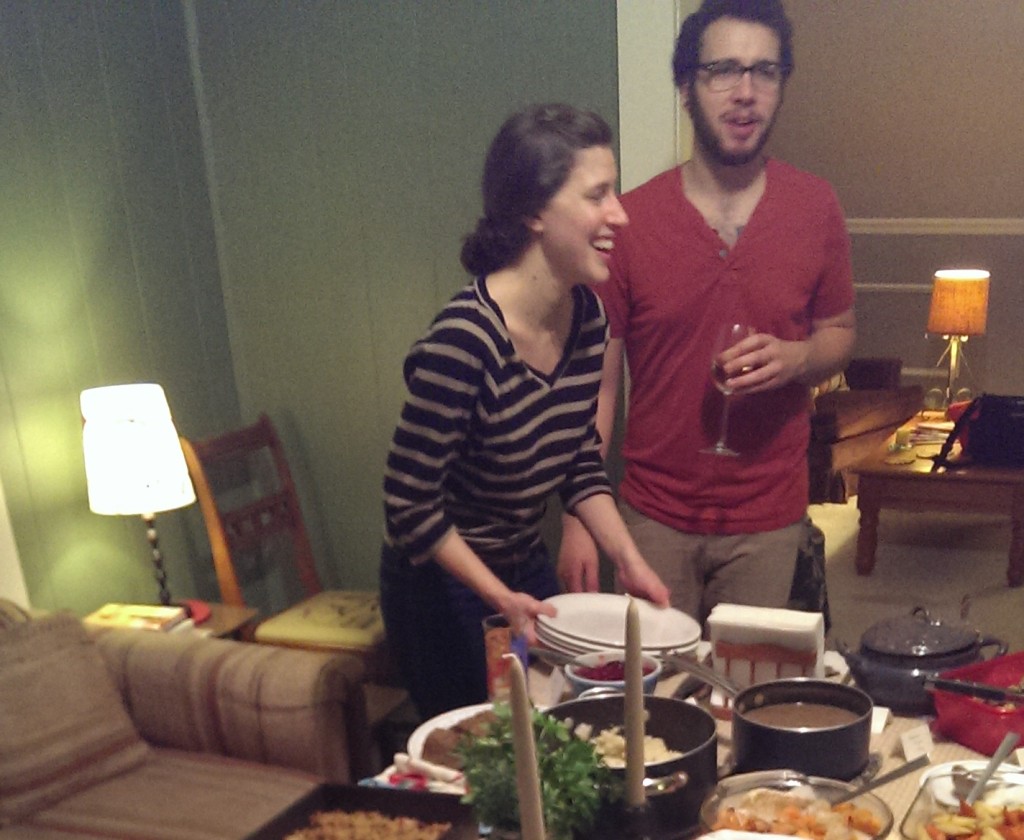 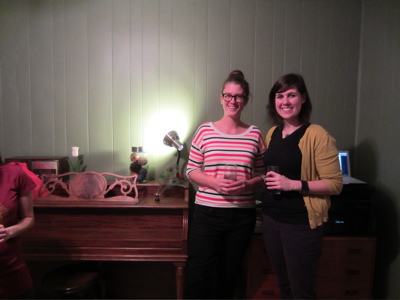 During the meeting we discussed some measurement conversions. There are three teaspoons in a tablespoon, but you will have to ask Anthony how many forkfuls are in a quarter cup. And before we get on to the menu, this month’s weird-thing-that-John-eats-in-its-entirety: cinnamon sticks. 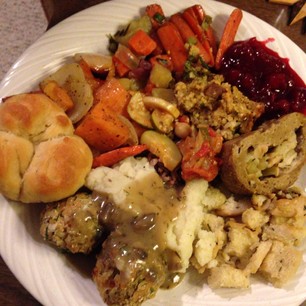 This dressing was a little dry because I didn’t add enough vegetable stock, and I left the oven unattended and missed the timer going off. tsk tsk. 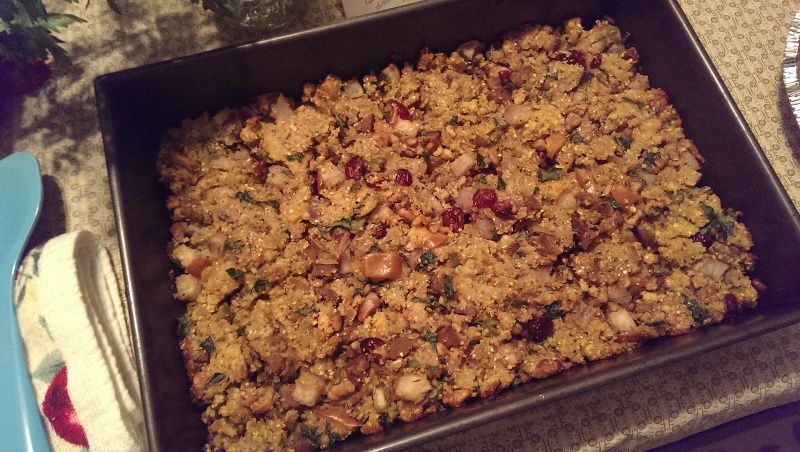 This co-host made a bunch. The roast looked a bit like a baked sweet potato still in the skin, but its flavor could compete with Tofurkey or Celebration Field Roast any day. She stuffed it with the rosemary bread stuffing and had extra for us to eat on the side. (Stuffing inspired by this recipe and vegan, of course.) 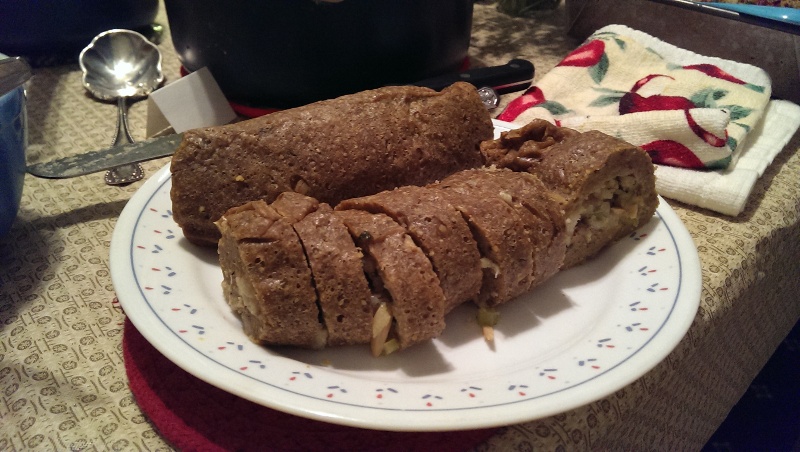 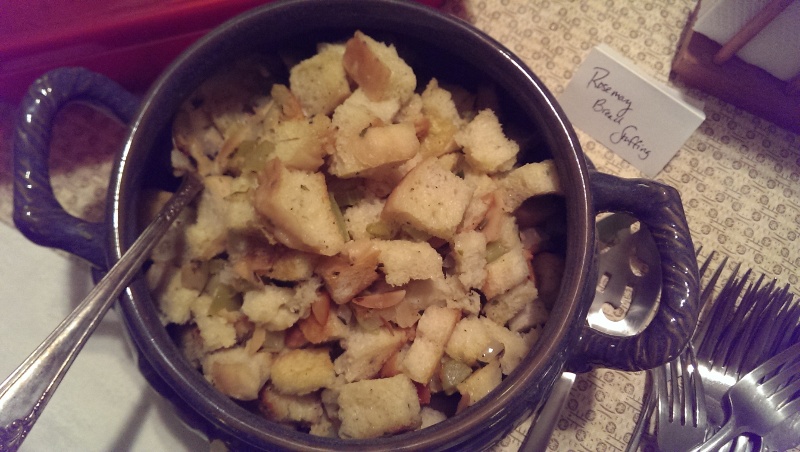 Slynn wanted to make a pie too. We can always find a way to fit more pie into a meal. The filling for this pie comes from the cookbook 100 Best Vegan Baking Recipes. 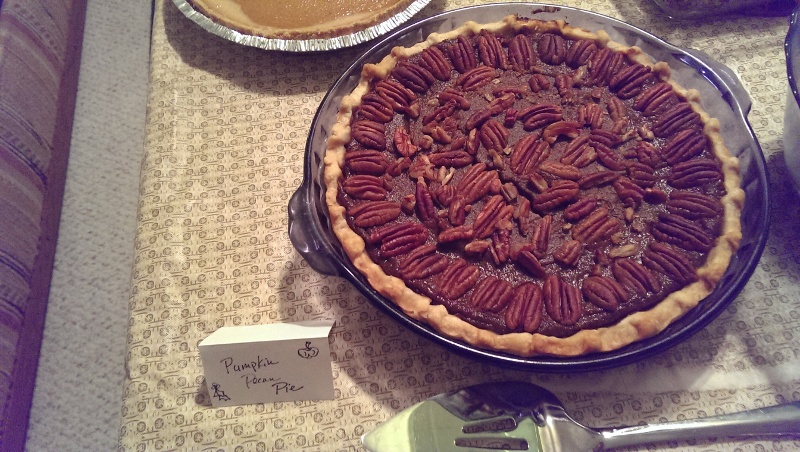 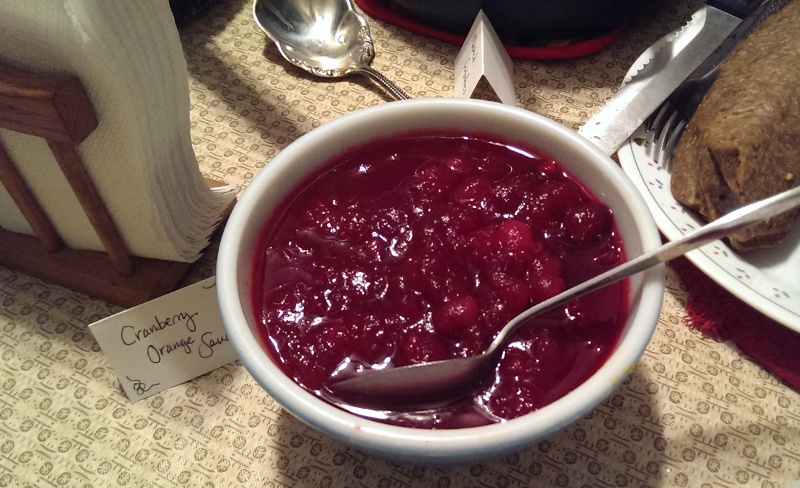 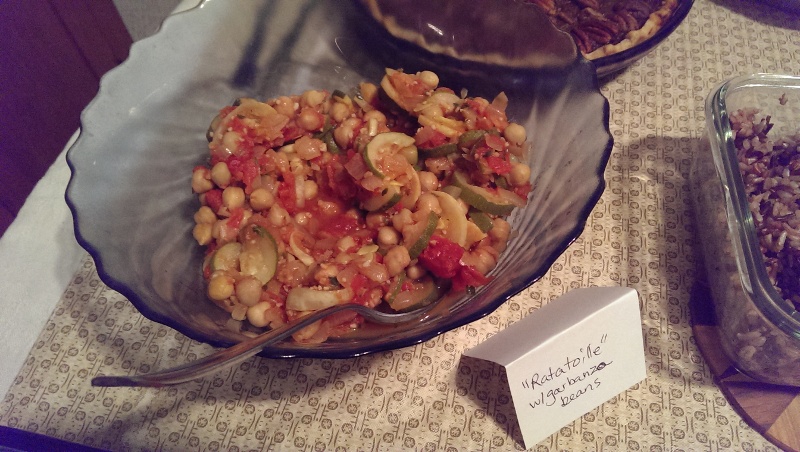 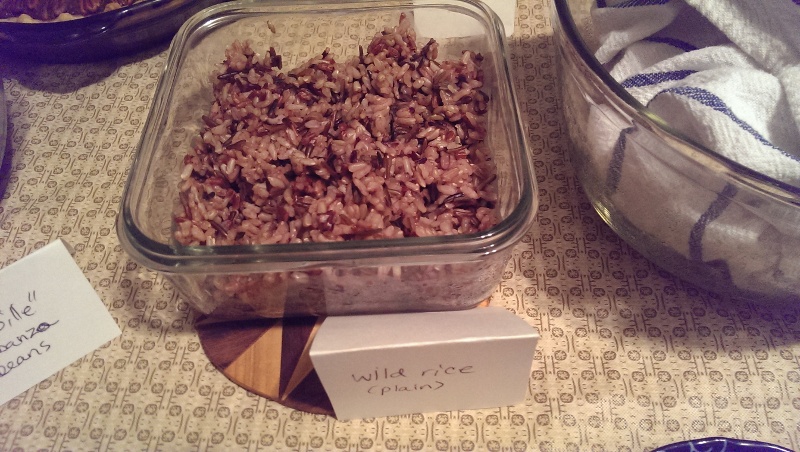 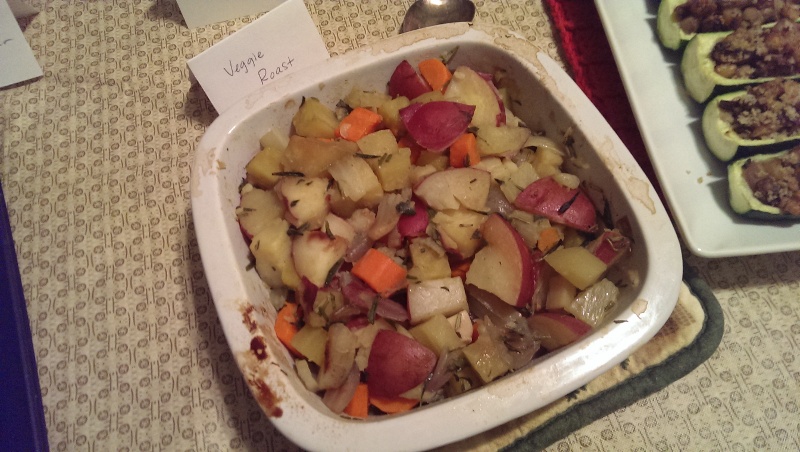 Cute boats filled with mushrooms. I would like to sail on a giant boat made of a vegetable. 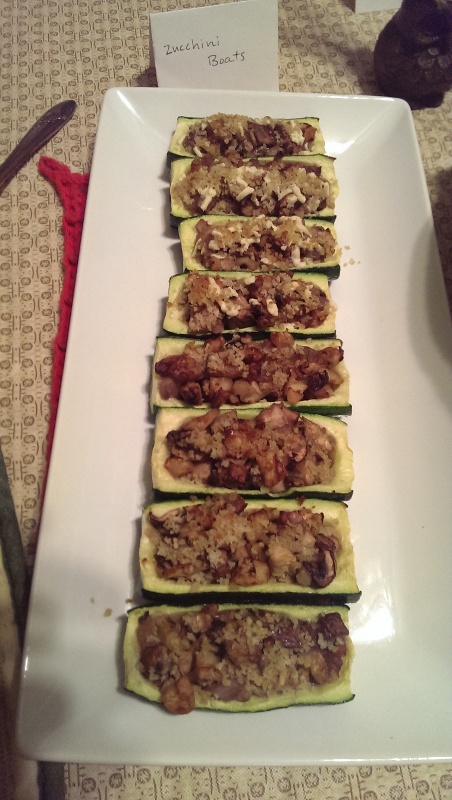 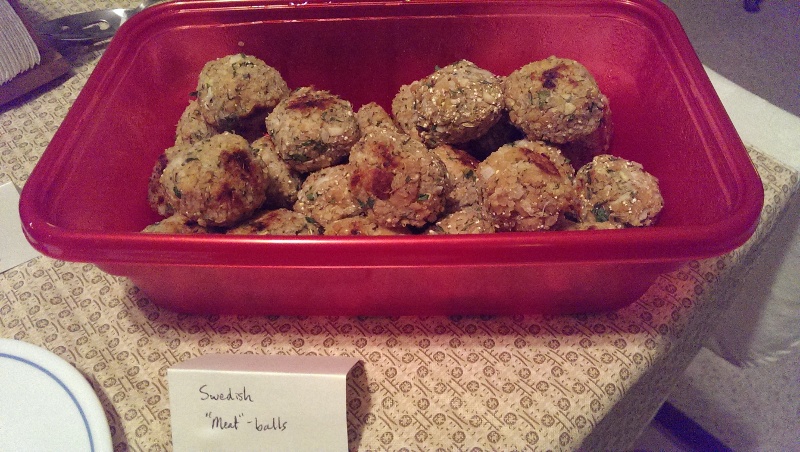 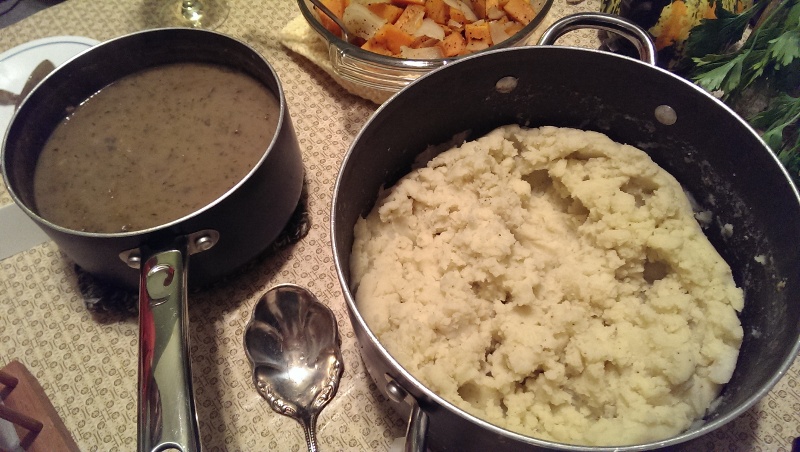 A nice creamy pumpkin finish to a vegan Thanksgiving meal. 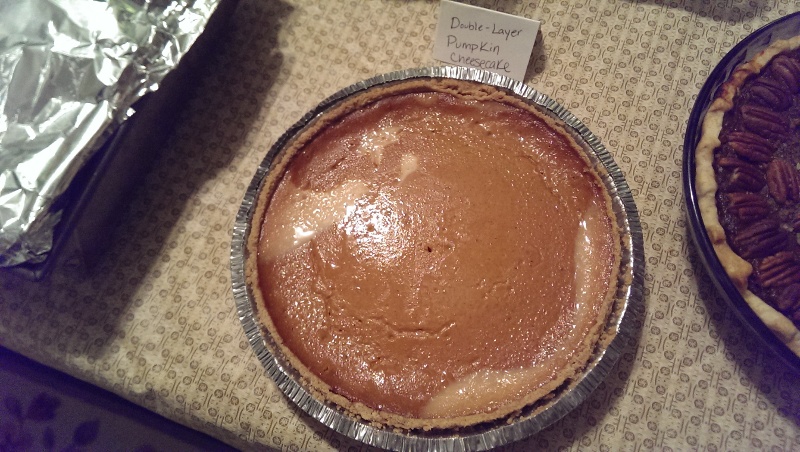 Perhaps the most exciting flavors I have experienced in a roasted carrot. Also, I like the purple glass bakeware. Slynn has some of this too. 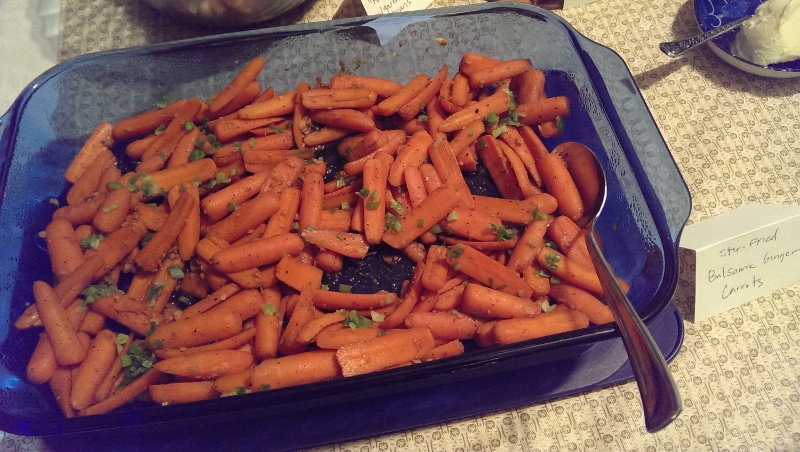 John was really excited about the theme. Lots of the delicious warm root vegetables for the holiday. 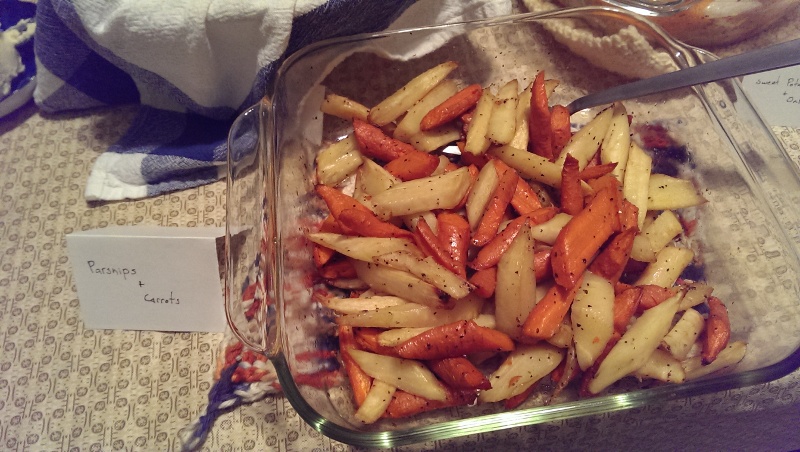 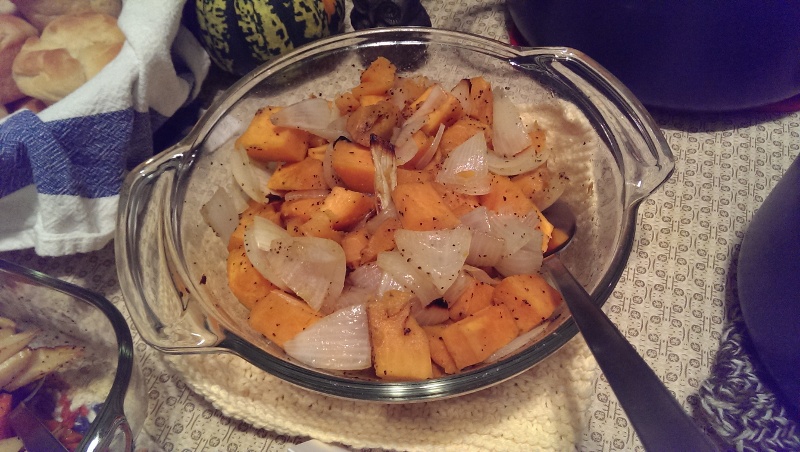 Clover-shaped rolls. We may all aspire. 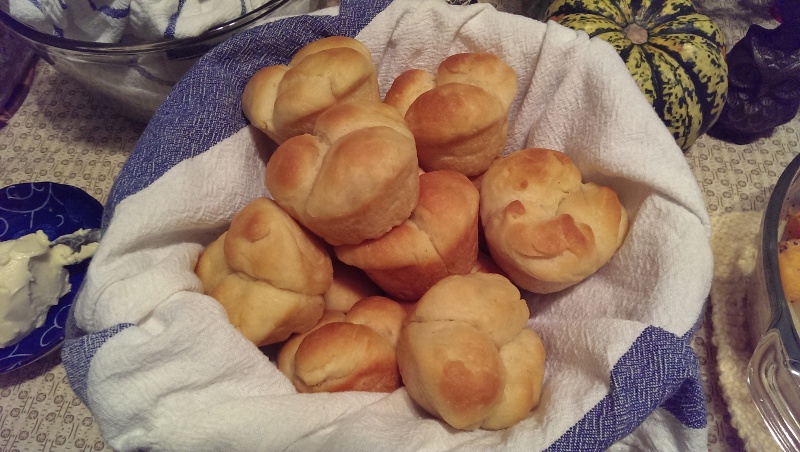 We had a lot of extra food. It made people happy, or maybe it was the hot toddies Ramon was handing out. 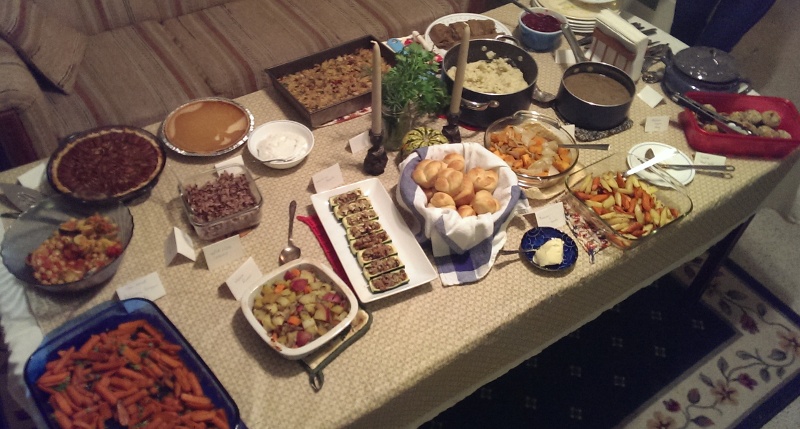