For this Vegan Bake Club meeting, John picked the theme of Comfort Food to go with the colds and cold weather going around this time of year. As you can see, he had some epic things to explain to us (that probably weren’t about comfort food). 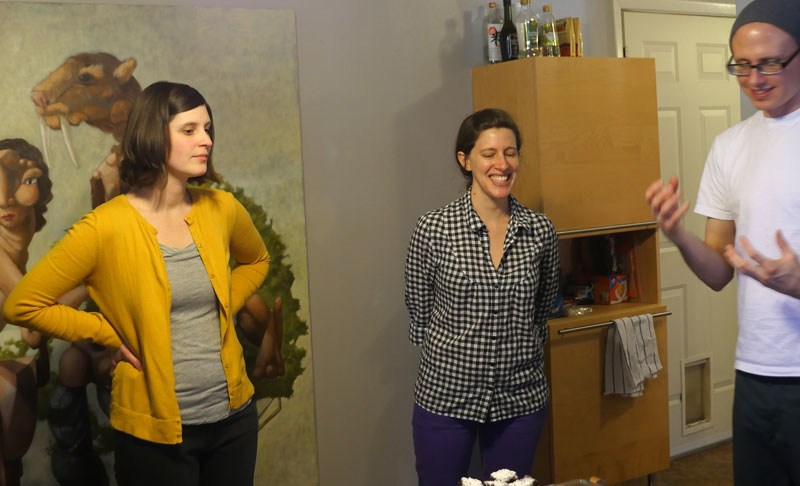 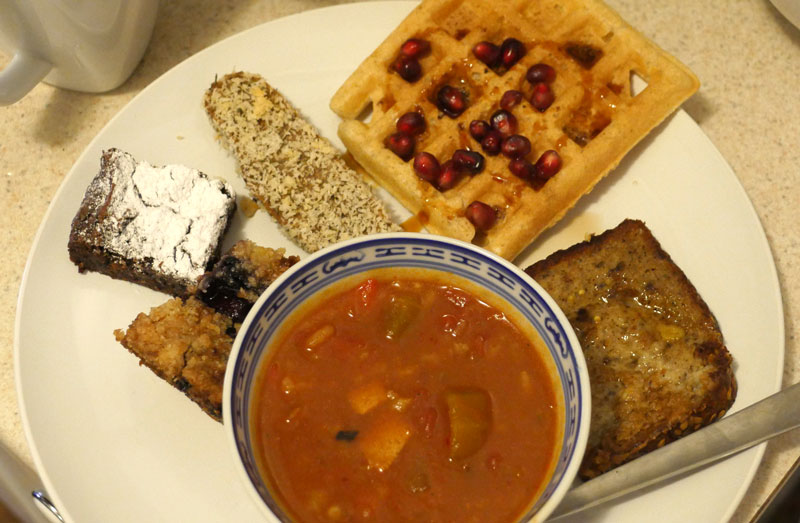 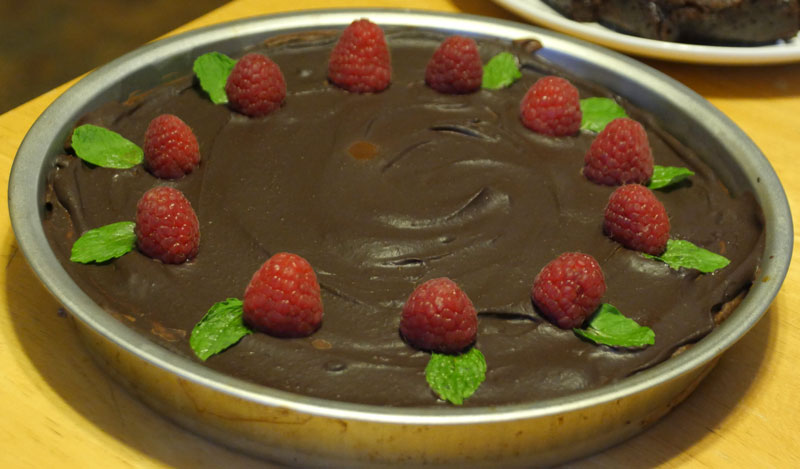 Brenda and Victor used the recipe for French toast from Quick and Easy Vegan Comfort Food. For the bread they bought a wheat bread containing flax and other seeds, but Brenda said she might have preferred white. Smothered with real maple syrup, it was delicious as it was. 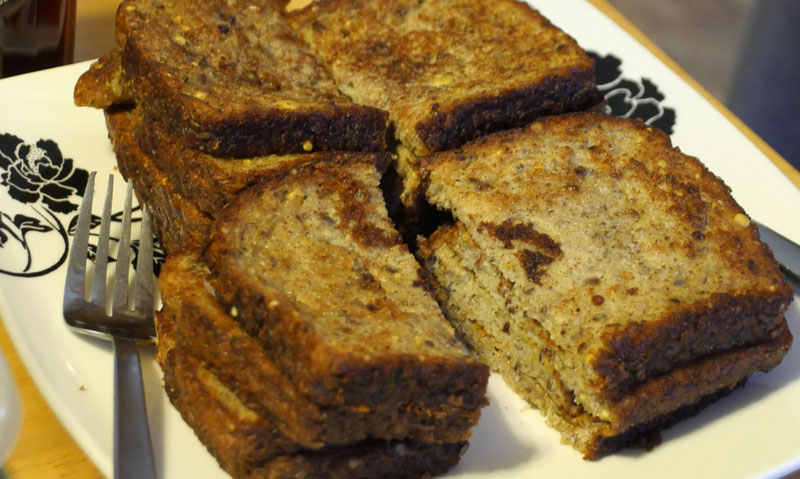 Kim made the jambalaya of the Veganomicon with seitan, wild rice, celery, kidney beans, and other stuff.

Thanks to Brenda and Victor for getting us a photo of this one (other photos for the meeting by Billy).

John adapted his brownies from this Ultimate Brownie recipe chosen for what he described as being the “best recipe to stick an orange in.”

Here is the adaptation in his own words:

In both batches I substituted a little over a teaspoon of finely ground coffee for the instant espresso, and added a little extra vanilla.

For the Cherry Almond ones, I substituted 1/2 cup of Almond meal for 1/2 cup of the flour, and used a Chocolove brand Cherries and Almonds in Dark Chocolate bar (3.2 oz) along with some semi-sweet chips to make up the balance of the recommended 4 oz. I also substituted baking powder for baking soda.

On the orange ones, I cut up and blended a whole clementine orange with a splash of orange juice, then mixed it with the flax as a substitute for the flax egg water and the 1/4 cup of boiling water called for later in the recipe. Since I wasn’t using any boiling water, I microwaved everything except the flour and baking soda mixture for a few minutes to get the chocolate chips nice and melty. I replaced 3/4 cup almond meal for 3/4 cup flour. After the recommended 25 minute baking time, they still looked very wet, so I cooked them an extra ten minutes or so until the edges weren’t bubbling quite as much. I’d recommend measuring the orange mixture to get something closer to the right amount of liquid. 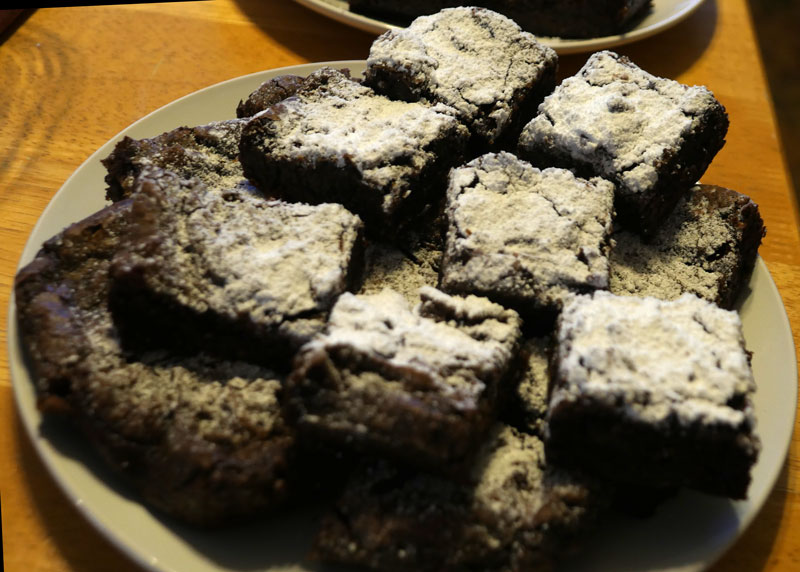 John also made his mom’s Four Can Soup recipe containing black beans, diced tomatoes, stewed tomatoes, and corn plus cumin, onion powder, and chili powder for the seasoning. We didn’t get a picture for this one, so just imagine looking at all the stuff just listed in a pot on the stove. 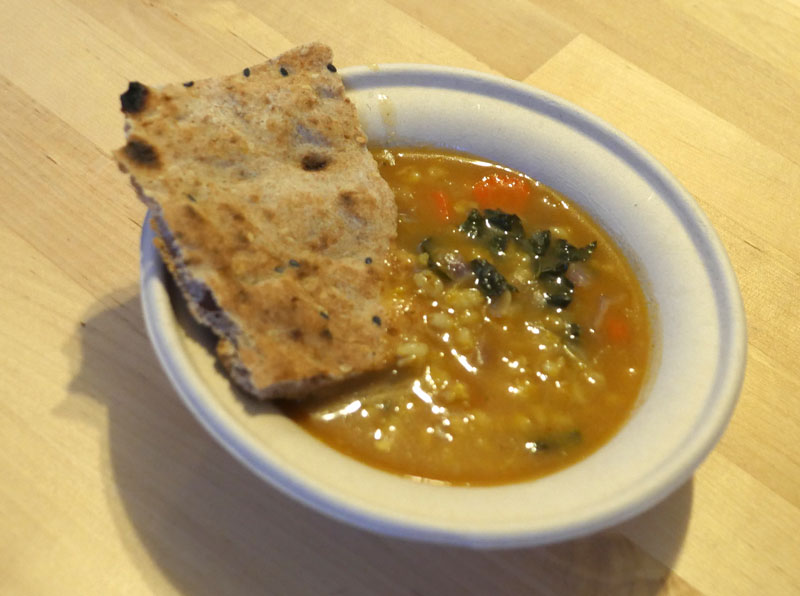 Lauren adapted this recipe from a non-vegan cobbler bar recipe, replacing the eggs with a flax water blend and the butter with Earth Balance Buttery Stick. She also added the lemon zest and juice of one large lemon and some of Billy’s homemade cashew cream cheese to the blueberry filling. 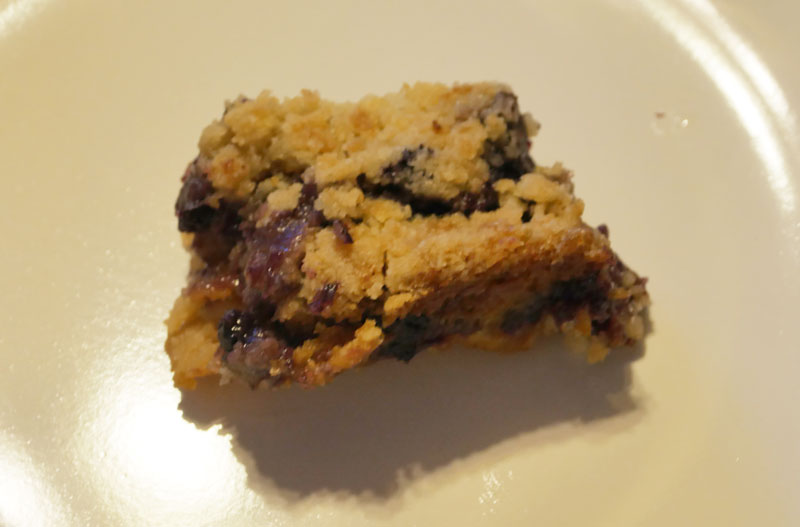 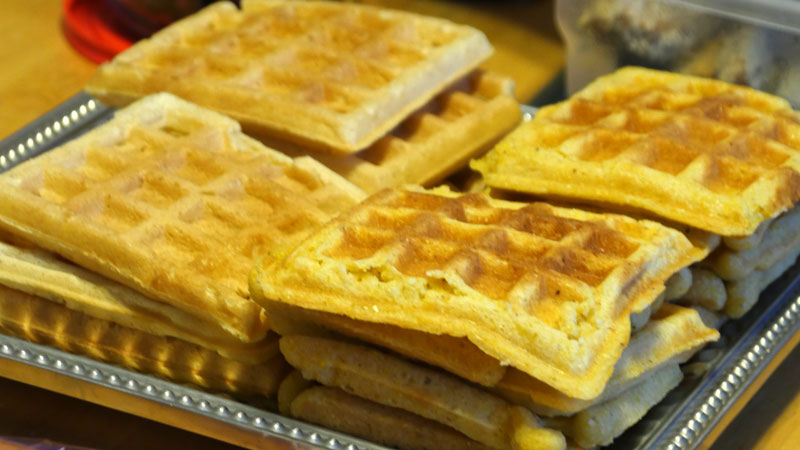 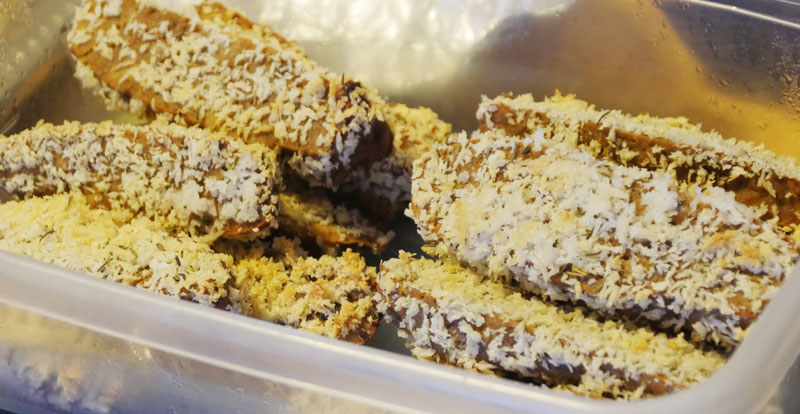