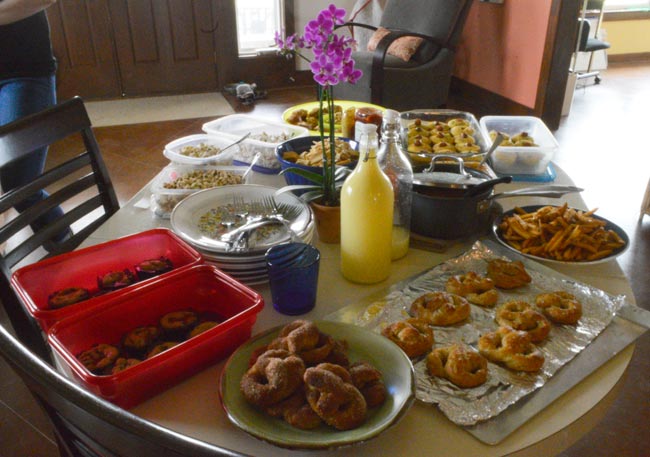 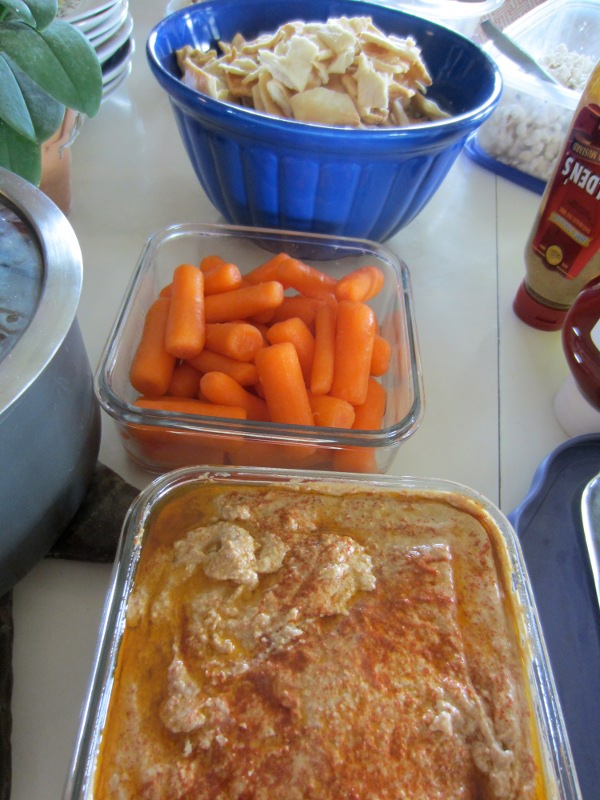 Bryan made his lemonade with lemons, apples, sugar, and water. 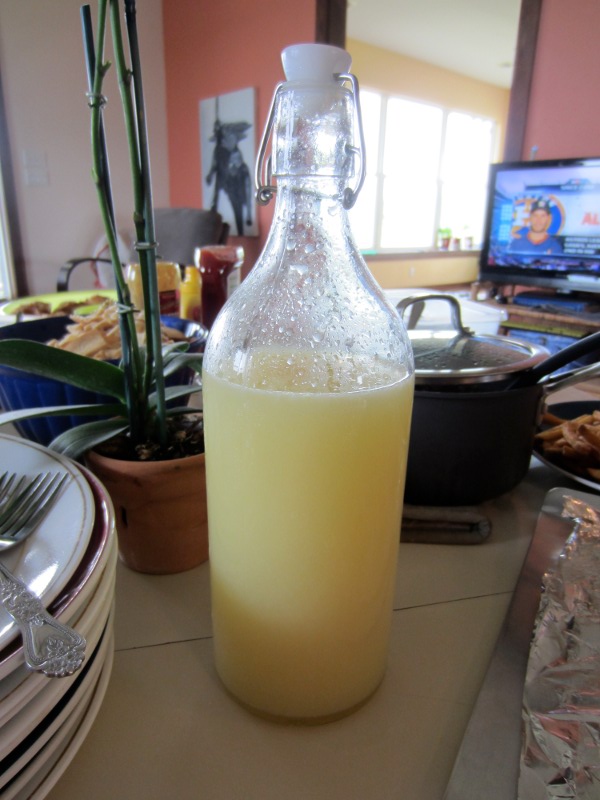 They made pretzel dough from scratch, wrapped them around Lightlife brand Smart Dogs®, and produced these hot dog bites. 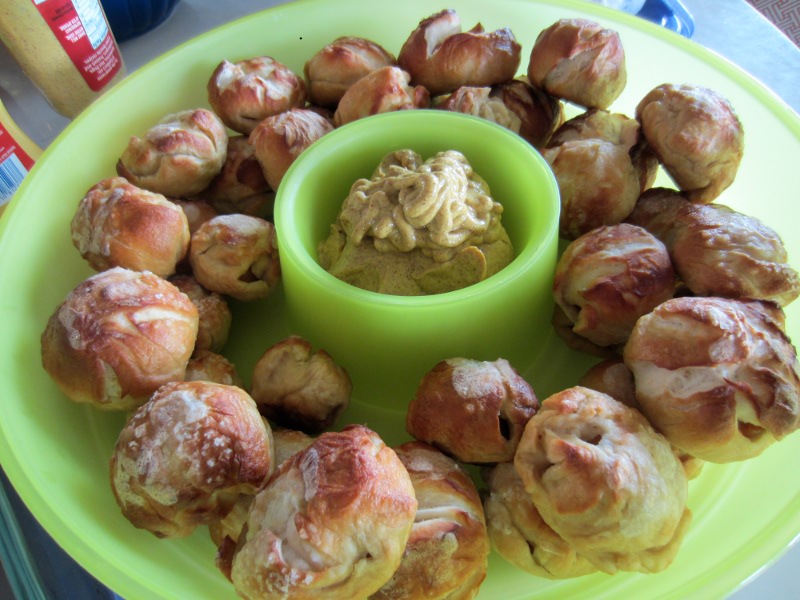 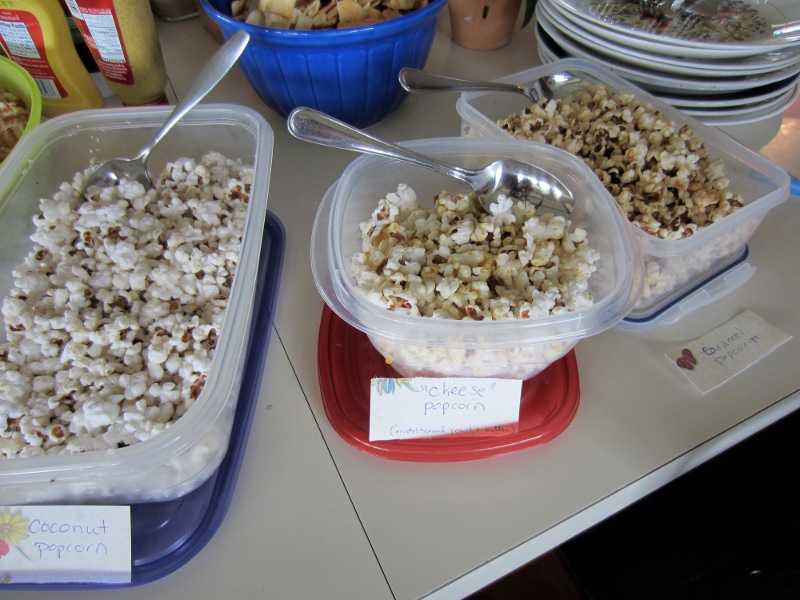 Trying to recreate something Ramon found while on tour, Slynn made these brookies by first making a recipe of chocolate chip cookies and a recipe of brownies. Then she put the brownie batter into a muffin tin and scooped cookie dough on top. After realizing she had forgotten to add sugar to the brownies, she mixed up a caramel sauce that was poured onto the brookies after baking. Little workarounds like these are what make baking special. 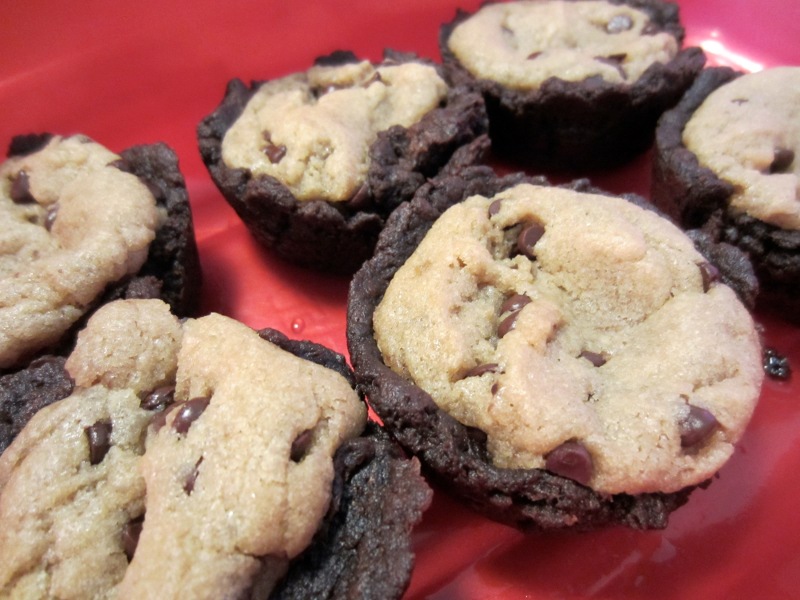 Ramon made the Skillet Cornbread recipe from Veganomicon but added Daiya® Cheddar Style shreds, green onions, bell peppers, and Tofurky® Hot Dog pieces. Then he baked them in a muffin tin for easy to eat corn dog treats. 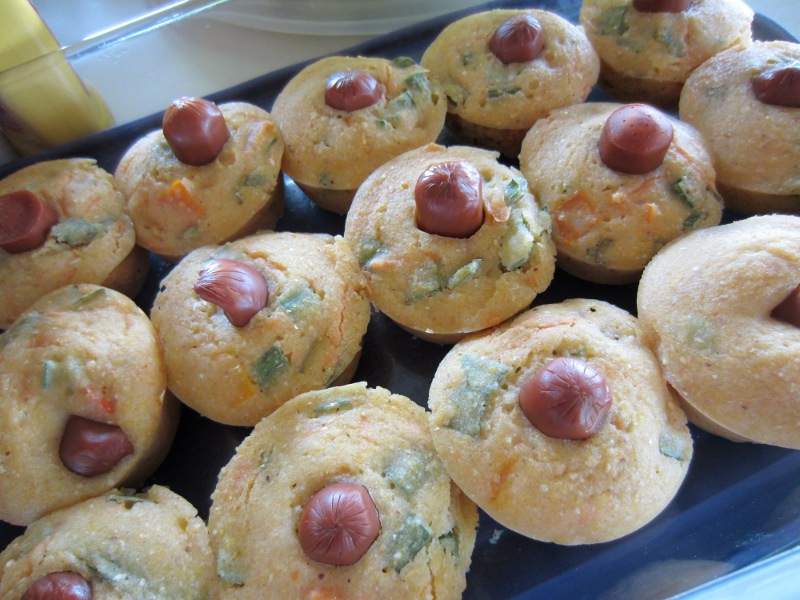 Billy made a nutritional yeast based queso sauce, adding soyrizo, Mama Kettler salsa, soymilk powder, and probably several other things. He served it with some store-bought seasoned fries. 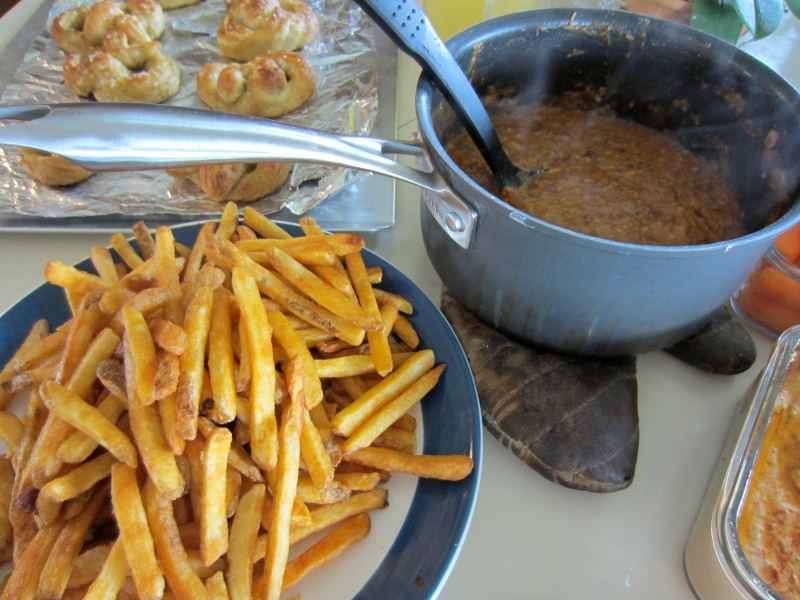 Like Mark and Morgan, Lauren made pretzel dough from scratch. She served one batch seasoned with coarse sea salt and another batch tossed in cinnamon and sugar. 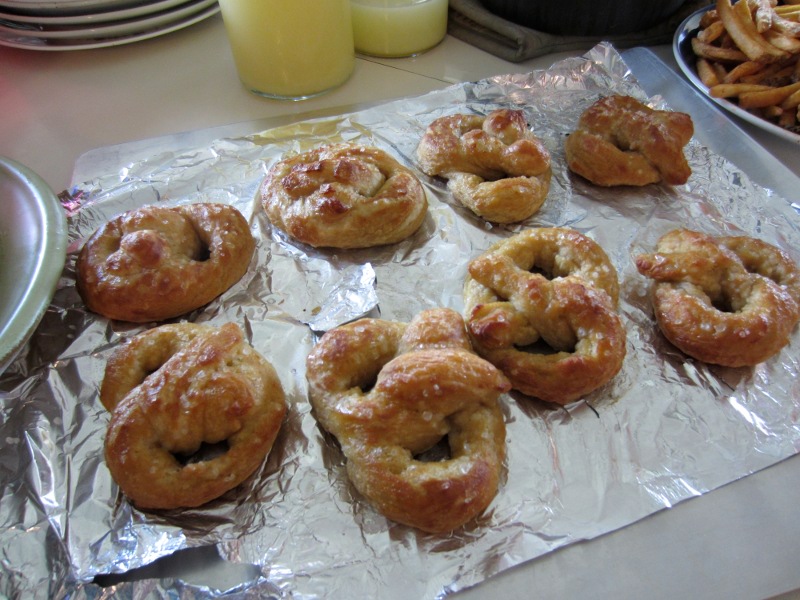 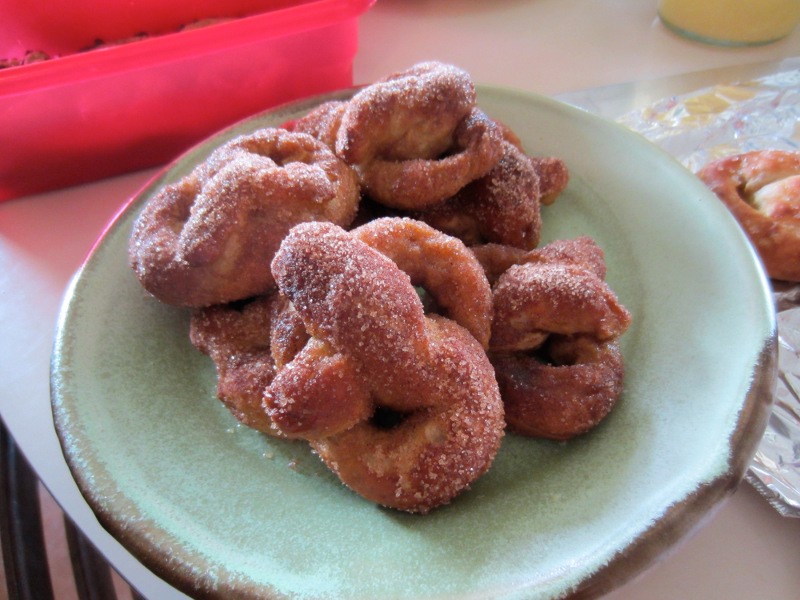 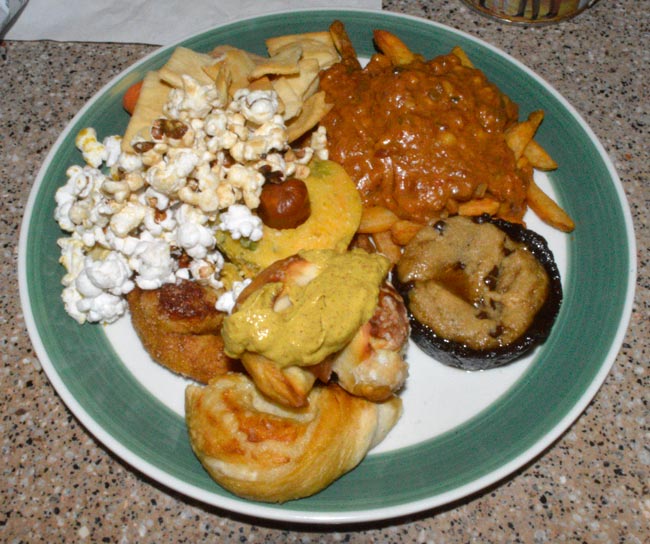